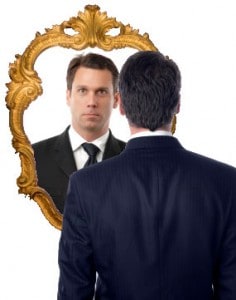 Every so often I have to reflect, and I’m stressed as well as reflecting on things, so I may as well blog while I have this sleepless time. I always wanted to start my own business, international business just seemed more dynamic and intriguing and challenging, I blogged a few times about past few years – and things started really monumentally changing end of last year, maybe September 2009…..well i went back independent august last year bit power struggle and culture differences between Americans and Europeans which was rather emotional as i had to leave staff behind and in a way start over…..rehired a staff in china…..moved from office to home office back to office – more defining of my inner strengths and willpower.

Also during that time, newyorkbarstore went through restructuring and shadstone would take over operations….but in china doing a usa ecommerce biz…..customer service proved interesting with language and cultural differences….luckily i had on staff a native english speaker, mariebalaanblog.com (marie) from the philippines and she really enjoyed the work!

When december came up, reminded then office lease was ending in feb…..and they were jacking me up for the rent (new owner of the office space) ….plus i wanted a bigger place to be a mix of office, warehouse, and living – so i had found a 3 story villa for cheaper then the current office in china that was barely big enough to be my current office….and my apartment was ending in april – (nightmare blowup / language / miscommunication) so it made sense to centralize everything under 1 room – kind of my dream….(yea im a workaholic)

I remember it was end of dec / early jan when i was signing the lease for the new office villa and google china was threatening to leave china…..that scared me – should I move to Thailand? That was a wakeup call…….already twitter and facebook were being blocked by the Chinese GFW (great firewall) – definitely not giving incentives to foreigners living in China

Also strange enough that at that time marie, a filipina i had working with me in china, was back in philippines for christmas….and was having visa issues re-entering China…… She wanted me to help her get back to china by issuing a Shadstone company visa….but after talking to her we decided to try her to continue to do her job remotely from her home in the philippines……

Google china did end up leaving China……also the chinese yuan got approval from the chinese government to appreciate against the us dollar (meaning my US dollar income would buy less things in China)….and inflation was getting rampant in china – seeing housing, rent, salary, food, taxi prices all increasing….

But i didnt want to leave china 100% i had so many things invested, relationships…..
Plus i see opportunity in selling in china – i have spoken at various chinese internet expos, and the whole world still always focuses on china growth, china opportunity…and there still is huge opportunity in connecting USA and China internet and ecommerce

People would ask me – why did I move to China in the first place – that would show me the answer.
But marie in philippines needed more staff to support her, i tried some virtual assistants in usa, and andrew was still training marie….but it wasnt looking like a longterm plan…..but she couldnt train from her home, or in internet cafes…….we had to get a startup office in the philippines…..

Still balancing both sides of china and philippines operations…..quickly it seemed china was getting too difficult, staff asking for raises….costs continuing to rise…..i had to sublet……

Still working with some great people in china, but only limited operations there for sales and some support….but man, its such a unique country, it needs its own tender love and care…..seems i turn my head and issues keep popping up.

Now the 2 month usa trip….its been long overdue….friends, customers, families, weddings…….
Been a wild 2010……roller coaster and i just have to learn to stay strong, think on my feet, adjust quickly to changing CULTURAL, ADMINISTRATIVE, GEOGRAPHICAL, and ECONOMIC (CAGE) conditions…….

Then, to top it off, does this blog negatively affect my staff, customers, partners, competitors? I am more regularly being drawn back and forth about being too open – some say its the future and its great, while others scream I have to be careful how much I expose on the internet….
But I think blogging and social media have been great help to me, meeting new friends and connecting closer to current friends…..and it helps me think outloud.

Just gotta hustle – be the man in the arena

Spyble kickoff – a bit of insanity