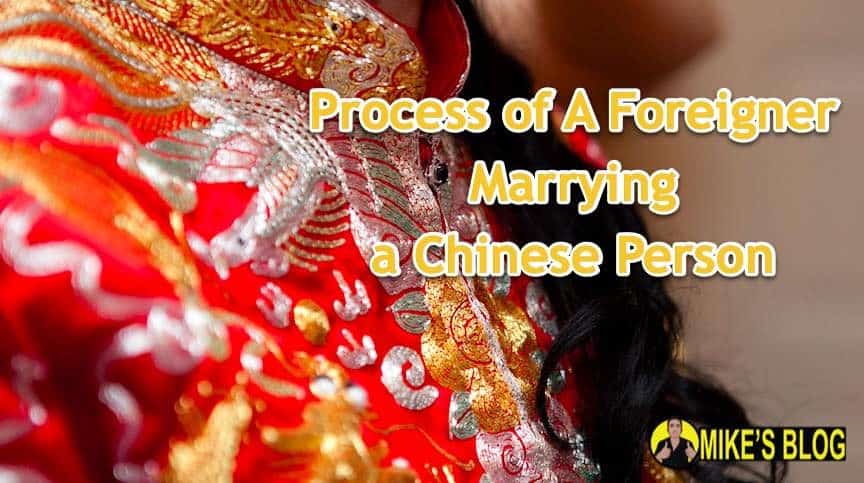 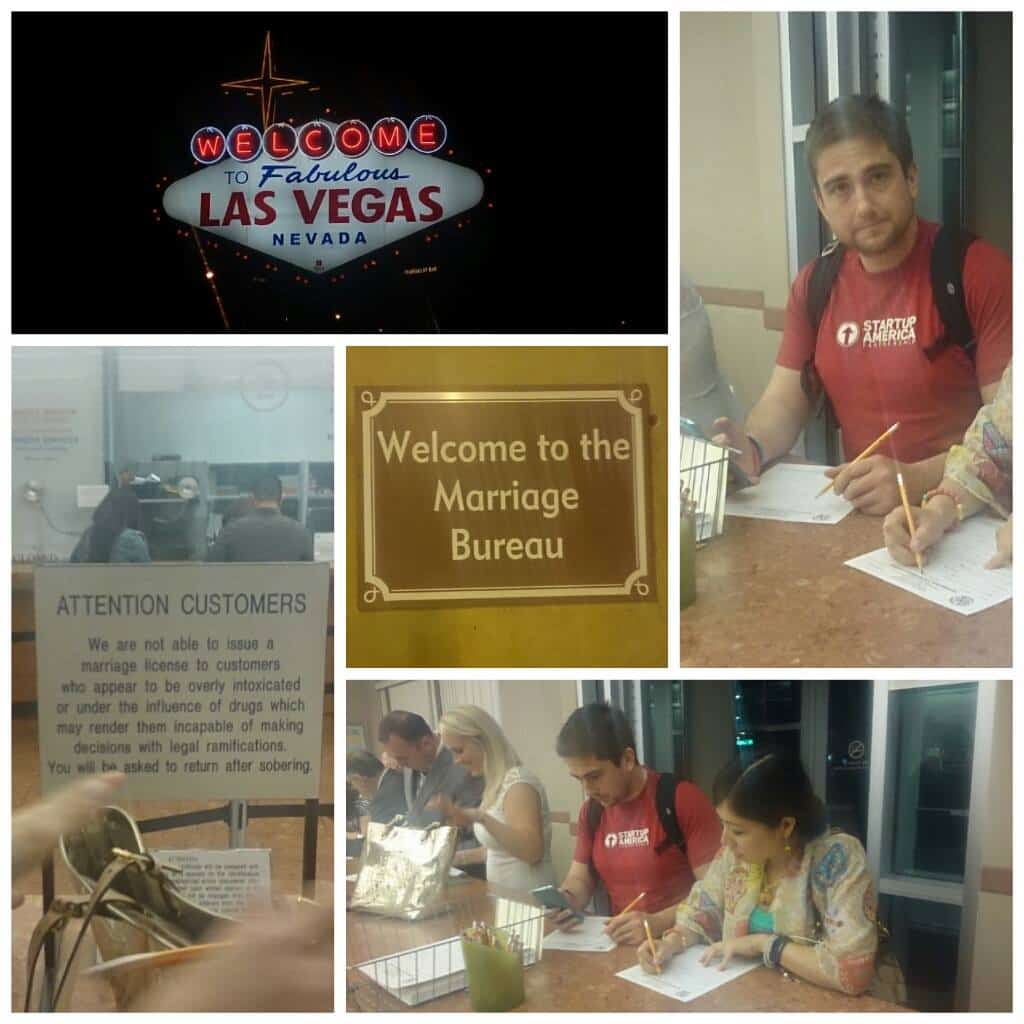 I remember the beginning thought process of marrying Wangxia, and this blog post is more about the “logistics” of the process rather than the “love story” – hope this blog title isn’t too deceiving.

I had asked around some of my American friends who were married to Mainland Chinese women about what the process is to “make it official”.

Marriage is more “government” related to make it “official”.

Asking For a Friend’s Advice

Some said they only got married in USA or in Hong Kong due to that – and not in Mainland China.

Others said only get married in China, get a spouse visa, and then you won’t have to get under US marriage laws.

Also many westerners in China I met are divorced, and are not big advocates of marriage. Lets keep it PC (politically correct) and stop with that generic sentence.

Some of this is true, others aren’t – read below and I’ll go through my experience.

Went to Her Hometown

When you get married in China, you file with the government of that province. I’m not sure how its decided if both the bride and groom are Chinese – but in this case i’m a westerner and her hometown was Shenyang, Liaoning province.

Scheduled a meeting with the US Embassy

Luckily there is an American embassy in her hometown of Shenyang – and we both went there. She couldn’t enter as she didn’t have an appointment so she waited outside (in the rain!) while I went inside.

As I said in the “friend’s feedback” section above, I told the teller at the embassy that I was getting married to a Chinese girl. The woman at the embassy was more than helpful, as she was also Chinese and happy to see an American marrying someone from her hometown (who actually had the same birthday as my wife!)

She gave me a form to fill out – 1 page – and it asked for information about myself, and my wife-to-be, and at the bottom I had to swear that I was not married already and then sign my name.

I then signed it out and turned it in, I had to pay the notary fee of $30 or $50usd (their credit card processor was broken so had to do it in Chinese Yuan or RMB) and then waited for about 30 minutes in the lobby.

After that I was called up to the booth and issued back the paper, with the US embassy chop (official stamp) – I think also the teller was verifying if I was “serious” or not (maybe I’m just reading into it too much) or maybe he was just making small talk. They also gave me a brochure about how to immigrate my wife into America (green card).

So this was some extra confusion – we first went to the “domestic” marriage office – I say domestic meaning Chinese marrying other Chinese. I being a Westerner caused a lot of extra talking and we learned that there was another government building (another taxi ride too) in a different part of the city.

So now that we found the right office (Chinese government office for marrying foreigners) – it was rather straight forward process. Took a number at the front entrance. There were some upfront fees, and documents to complete and sign. I can’t remember the exact costs – but they are higher than a domestic Chinese marriage license. I’m thinking in the 100usd range.

We then went to the back section of the office to take the official wedding photos. I don’t remember the vows being read, but we did have to fingerprint documents to make it official.

After completing the documents, and paying the fees, we were told to come back the next day for the documents.

Note: This is in Shenyang city of Liaoning as of 2013 – like everything in China (and many governments) things change and rules and procedures vary by province / state (maybe).

Returned the Next Day to pick up the documents

The next day in the afternoon we returned to the same office, turned in receipts from the day before, and were issued 2 copies of the marriage license (with photos) and were officially married.

Attempt to Later Get Married in USA

So during our USA road trip, we wanted to also get married in USA to make it official in both China and America. I was thinking its best to do it in Florida as that is where my family is and I’d spend them most time there. Looking into that, it would take 3 business days (which we didn’t have) as we were only there for a long weekend.

So of course we defaulted to Las Vegas to get a quick and dirty wedding license and fun ceremony.

While in Las Vegas, we called the Little White Chapel and others (thanks Attila!) and they instructed we first had to go to the City Clerk’s office for the marriage license first, and then go to their Chapel to do the “proper wedding ceremony” (which, in Vegas, can be simple white dress and tux, shorts and t-shirts, midget priests, or Elvis!). The city clerks’ office is open until 12 midnight every day! We went at about 8pm on a Sunday night and there were a few other couples in line ahead of us.

So as we showed the teller our Chinese marriage certificate, she told us that we cannot get married in America again. She couldn’t read the Chinese characters, but said that if this is an official marriage license, from anywhere in the world, then you cannot get married in USA. That America recognizes a marriage license from anywhere in the world, and we could have it translated into English and certified (notarized) to have it recognized in America or used for any legal matters.

Wangxia really wanted to get an American marriage license, and we insisted a bit- but the government official wouldn’t bend. The teller said that its a federal offense to get married in America if you’re already married anywhere in the world. She kept our 2 documents we filled out and kept them in their filing system (I assume to use to “block” or “flag” us if we tried to go back to the office in the future?)

We left the clerk’s office, and then cancelled our reservation at the White chapel. The sales rep at the chapel told us we shouldn’t have told the Clerk we were married anywhere, and that this would have worked. She then suggested we go back the next day and try again with a different teller. But we couldn’t do that for a few reasons, (1) They had our documents in their system, (2) what would happen in the future if we did have these 2 licenses, would it be a problem, and (3) We were flying out of Vegas early the next morning so it wasn’t physically possible anyway.

So the chapel sales girl let us cancel our reservation and de-authorized our pending credit card transaction.

Man, this is complicated – but even in USA – there isn’t a central database of marriage licenses – its a state by state matter. Maybe one could try to get married in 2 different states?

Choose the country / state that you are comfortable with – I believe then the laws of being married depend on that country / jurisdiction as well – so take that into account.

Hope this helps clear things up.

What Are Your Thoughts?

Honestly, I believe this is useful for anyone doing marriage “cross border” or “international”

And, if you enjoy this post – while its a bit more personal – you may also be interested in the business side of cross-border – so check out my business blog at Global From Asia for more great resources.

When Online Friends Die or Dissappear

Back to Florida – another horoscope