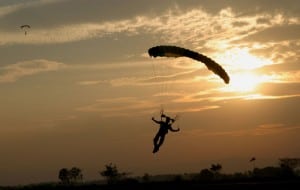 So, its quite obvious I’ve been exploring where to base myself this year of 2010, and while many are jealous I am so free and have so many choices to make freely, it is kind of mind boggling.

In the past for some reason, my location has always seemed obvious….I was born in Connecticut, USA and always thought NYC was the place for me, so after high school, I went to college right across from Manhattan….and always targeting getting a job there. While working in New York, I saved as much as I could, and considered MBA, franchise, or start my own business….and China business seemed obvious for “hot money” and entrepreneurship, so I worked towards getting into China. I was mainly considering between Shenzhen and Shanghai, choosing Shenzhen because it’s a young city, near to hong kong (for visa border hopping) and high tech. Shanghai seemed more “big business” rather then startup, more expensive, and had to fly out of the country to renew my visa every 30 days (insane). I never considered Beijing because it’s so cold, horrible traffic jams, and it just feels like I am surrounded by government, kind of like Washington DC in America, couldn’t see myself there either.
But then after reducing my china sourcing business (process of finding products in China) in 2009 and focusing on the internet and ecommerce….I started thinking why am I in China? But still not enough reasons to pack up and leave. Then at the beginning of 2010 google left china ….the US dollar fear of mass decline, and just the annoyance of internet censorship by the chinese government (GFW, great firewall). So I really started looking to leave china…..and had some operations startup in Philippines in a small startup office to help with customer support for the ecommerce business of bar products (night call center) and some support for SEO content writing, and accounting and book keeping.

Bouncing back and forth between China and Philippines in first half of 2010….thinking maybe I can still sell in China, and have support team in Philippines…I was waiting to make a big commitment until my USA trip link. I was so close to staying in New York….but decided to calm down a bit, take my return ticket (prepaid) to Asia, and think it through. So that is where I’ve been past couple weeks, and now I am gonna lay it all out for you blog readers.

So these are the options I have been considering

Do I remain in china, its hard, I spent 3 years of sweat , tears, and sometimes some blood (from a china hospital visit and a 2nd chinese hospital visit…….) – and most of my full time development in entrepreneurship has been in Shenzhen china (except my san diego, california transition time in summer 2007. ) and there are a decent amount of business people I know here.
let’s look at the pro and cons of China:
Positives – manufacturing base, some web marketing clients, large growing economy hungry for foreign brands, loyal workers that want to return to work with me
Negatives – most of my work now is in English websites, inflation is going crazy – food cost, labor costs, currency is a big risk, GFW

As for each city:


Shenzhen china – I do have a fully operational registered company, assistant helping me while I’m away and when I’m here on a part time basis, a large network of friends, clients, semi-sales channels, and it has gotten pretty comfortable for me here. Yet I still am filtered by the great firewall, making risks high of having more websites and products blocked here, and living costs and labor costs are steadily on the rise here. I don’t have an apartment, subletted my office that then turned out to a full transfer of lease, and do have an office to work from, and renting month to month from Dave Ho at the moment while I think.


Fuzhou Fujian province, china – I have some partner offices here run by doing link trading, proving to me costs can still be low in China. The pro, low costs for living and operations, the city is near markets for product sources. Negative, no one speaks English, seems too far removed from city life…I would probably go crazy if I lived here (but would learn Chinese fast!)


Shanghai – commonly called the new york of china, its home to many international financial and consulting companies…..expensive, but a great base if you want to sell in china, requires a flight to get out of china (while Shenzhen is on hong kong border). I do have a few good contacts there that will support me fully if I base there. Seems like a good base for buying and selling to and from China…..and is tempting to base here to sell services into the growing Chinese market.


Ningbo port city, china – a couple years ago I was close to living here…..its a center of Zhejiang and that is the center of non-electronic manufacturing…but now I don’t see this likely though it is lower cost of living and I have support from some factories


Hong Kong – always really really temping place to settle down….outside of the “political constraints” of china as it’s a special economic zone so no GFW internet censorship….tons of international companies….but again raelly expensive all across the board…but is it in hk dollars so not as much chinese yuan us dollar currency risk. And I have been meeting a lot of great internet companies based there…and its close to Shenzhen when I need to get in. Its also a transportation hub, most of my flights are in and out of this airport. I have compared doing business in Hong Kong from Shenzhen and the main factor holding me back there is cost. SHOULD THAT BE A FACTOR?

As a country, its free from chinese government internet filtering….friendly people, lower cost of living and operations, and native English speakers. A breath of fresh air for an American who still hasn’t nearly mastered the Chinese language, and even Chinese complain about the ever changing, ever confusing Chinese laws. Negatvie – VISA for my passport, and work permit seem to be a challenge, and I would probably have to invest in opening a registered company there if I were to remain. Else constantly traveling in and out every 45 days (no walking border to Hong Kong like in Shenzhen) costing me more and more on airfare travel….taht is a negative I have to consider, or find a solution to.

But another main thing is…..you cannot really sell in the Philippines…..its purely a back office…..Whereas currently in China the market is becoming more like a sales center then a back office…so its tempting to sell in China more then ever.

Manila, Philippines – the metropolis of the Philippines, this capital city is where most major foreign corporations are – and currently where my small call center office is. Very densely populated. TRAFFIC sucks, high pollution…not much public transportation. Infrastructure is best in Philippines, electricity is 2nd highest in Asia after Japan, electricity brownouts are fairly common, normally suggested to have a backup generator. And Manila is massive, there are so many districts and zones like Makati (most famous outsourcing center), Quezon City, Eastwood, Tagig, Pasig, etc.


Secluded beach on the Philippines – as an internet dude, this one has always been tempting. I am talking to Marie, but again the risks here are electricity and internet may not be as reliable….harder to find workers than in a city…and those are the 2 main reasons besides the overall pros and cons of Philippines. But life would be much less stressful, and I prefer this over Manila.


Cebu, Philippines – Much lower cost of living than in Manila, but infrastructure is not as developed. A couple hours flight from Manila, and not as big of an airport. Know a few people here with call centers and connections, but not as many as in Manila / Makati.

Ahh, the good ol’ United States of America. Business flows easily there, people do what they say they are going to do, verbally without need of too many contracts. Costs are coming down with the high unemployment, but still overall higher than the rest of the world, unless you go far away from the cities. Most of my income still comes from America, northeast mainly.
New York, NY – still my favorite city in the world. Almost got me to stay there….most of my business relations, clients, friends, university is within a couple hours from here. Again, its mainly high cost of living….and I was fearful of risking having to get a dayjob if I stayed there too long.

Silicon valley, California – an internet entrepreneurs stomping grounds. I have never really been there…..when I drove cross country in 2003 with Scott, we stopped by San Fransisco, but I have not yet really gotten involved with business directly in Silicon Valley. Is this something I am missing out on? Would I find my way better, should I be like the many internet entrepreneurs and make or break myself out there. Would this be easier to get business partners, ideas, contacts, venture capital? Not sure if I am willing to go there at the moment, do have some limited relationships I can work on to better learn about the environment, but the internet bubble is way over now.

Other city in usa – I don’t think I would consider them now….sure I can live in Florida near my family, or in Connecticut with my hometown friends and some customers. But….it is just too quiet and calm for me. I need more insanity. I thrive in chaos. I want to meet new people every day. I don’t want to commute to an office aech day in MY CAR, guzzling gas on a huge highway. I only see New York as a city in USA that you can live without a car, and this is one of my requirements, really. Cars = money pit to me.

I had also considered Thailand…but seems more like a resort or retirement community then a place to do business…..costs are like Philippines, but English isn’t as good…so whats the business sense in that? Maybe if I make a million I can buy a resort there, haha.

So where does this leave me? I think maybe New York needs another year of preparation at least….I want to focus on the internet, English language, targeting USA. Still seems like Philippines, or maybe Hong Kong that make it to the top of the list.

Still tempted with the foreigner’s mousetrap to sell into China…..but I have to learn chinese and invest time and energy where I have not yet doneso in the past 3 years, so why would I start that now? My stills, strengths, and interest still live on the English language and on the internet….that is my VIRTUAL home…now where to find a physical home.

Passion and emotions in the workplace – good or bad

Not All White Guys in China Are Rich!