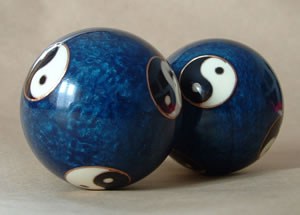 That has been one of my biggest changes and challenges in my life….to adapt to rapidly changing environments, both physically (as in geographical locations) and business and economical changes (international currency risk, global competition)….While I still naturally resist change, I realize I cannot change the way the world is going, and instead have to embrace this dynamic, rapidly changing world we live in.

2010 was….hmm…I have to admit a very challenging year for me. I went into it renting a 3 story villa in Shenzhen thinking I would centralize all my operations, warehousing, and sales together….only to be pushed for salary increases, currency appreciation against me, and overall rapid Chinese inflation. I could have just ignored it, said I can’t change because I just rented a new office for 2 years. Sure, I could have focused on increasing top line sales….many people say I am too paranoid and focus too much on saving costs and pushing down my operational costs instead of focusing on growth and sales. But I see an increasing back office cost as unneeded pressure on me. I just sleep easier when I have a smoother back office operation.

2010 I was exploring….almost the whole year….going to Xiamen, shanghai, Thailand, Philippines, and united states. All seem like interesting places to focus on, and I could live in any of them. I like to say I can make anything work.

But is being too open minded and flexible a good or a bad thing? I am not bound to a location.

So after almost all of 2010 exploring on where to settle down, I have realized I am just gonna keep on traveling like I am. Maybe just plan it a bit better, and try to stay in one place longer. Within a few areas that I already have build up some relationships in Hong Kong, Shenzhen, Dongguan, Manila, and Cebu. And while that sounds like a lot as its 3 borders and 3 currencies, its not geographically that far apart, and I have compared it to florida and the Caribbean for those Americans who have never been to Asia. Just have to budget for travel time and flights. But I did the “grunt” work in 2010, and I am confident entering 2011.

I that I discovered these opportunities from my hyperactive social networking, and I have to say I have leveraged online marketing and social media for exposure, and also taken advantage of the great technology coming out in mobile phones allowing me to really work in any location without much down time.

But I would rather live my life extremely and die knowing I hustled as hard as I can than to have had a calm and relaxing life and on my death bed, 5 regrets when we are about to die, wondering “what if I did”

We only live once, try to grab as much as we can, but also remember we can’t take it with us when we die.

don’t let them get the best of me……

Overextending myself? Hope not overpromising