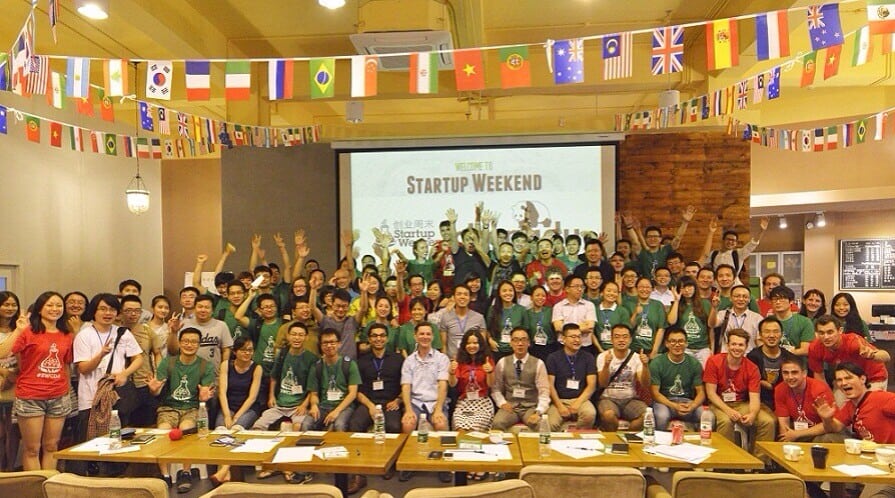 One of the best and longest lasting enjoyments I have gotten from getting involved in the startup community in Shenzhen has been seeing the development of Startup Weekend grow in the Chinese market. I feel it is somewhat my obligation as an American in China involved in startups and entrepreneurship to do my best to see this non profit organization succeed in its expansion in the Chinese market.

And since being involved in mid 2011, the past few months I have seen the biggest stride in developments here in China.

Right after my baby got out of the hospital, I went up to Chengdu, China to facilitate their first ever Startup Weekend Chengdu (photo is the main photo in today’s blog post) and wow, this city was rocking!

It definitely got the attention of the city, and things are still active in the wechat group weeks after I post this blog. For some stats, per Chengdu Beer’s post:

A few statistics about the event itself:
– 3 days and 54 hours of entrepreneurship, technology and fun
– 89 participants
– 40+ ideas pitched/presented
– 13 teams formed with presentations on Sunday
– 4 winning teams receiving prizes valued over RMB 50,000
– 16 mentors and judges
– 18 sponsors
– 12 organizers

Shanghai had theirs the week after, and their organizing team is building up and things going along smoothly and they are excited for future events too.

We have had participants, journalists, sponsors all contacting Startup Weekend asking why there isn’t a Startup Weekend in Beijing. Well, I am excited to announce that the organizing team has been forming nicely and there is a venue and a date has been set for August 8th to the 10th.

Follow up on Beijing. Startupweekend .org to get involved and I am sure this will be a big hit.

Future of Startup Weekend in China

As now there have been events in:

And there are cities organizing for future events in:

There is some stuff brewing, I cannot share too much now, but think by Q3, or Q4 this year I can announce some formal and exciting things for the Startup Weekend China expansion.

Really, what it comes down to, is inspiring others to take the leap and go for their dreams. And I think this is especially important in China. Culture and family reasons I think holds back a ton of creativity – here is an amazing testimonial from a participant in Chengdu on our wechat group:

How I Ended Up Where I Am – More Reflections

Why Am I Doing Startup Weekend in China?