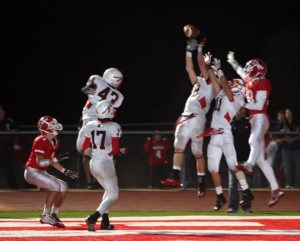 Maybe its because I spread myself too thin. Maybe because I feel the odds are against me. Because I’m traveling alone, and currently don’t have any business partners to “share the pain” but I am constantly hustling and trying to make things happen when I feel totally cornered

What is a Hail Mary? Well, it’s a football term when the quarterback throws the ball as far and as hard as he possibly can to the endzone, hoping his receivers can catch the ball and make a score to win the game. It’s a last ditch effort, an all or none, a buzzer beater.
But I guess I enjoy having the odds against me. I LIKE UNDERDOGS in the movie, or the sports game. I think its human nature, or at least in American culture, to support the guy that is expected to lose.
I also think of the david and Goliath story – it’s a bible story where the Giant, undefeated Golaith has killed and conquered everyone and everything in his way. Then he is faced with this small boy, David, who challenges him. Golaith laughs at him, underestimates him…..and LOSES to him…..from wikipedia on Goliath we have

David and Goliath confront each other, Goliath with his armor and shield, David with his staff and sling. “The Philistine cursed David by his gods,” but David replies: “This day the LORD will deliver you into my hand, and I will strike you down, and cut off your head; and I will give the dead bodies of the host of the Philistines this day to the birds of the air and to the wild beasts of the earth; that all the earth may know that there is a God in Israel, and that all this assembly may know that God saves not with sword and spear; for the battle is God’s, and he will give you into our hand.”[3] David hurls a stone from his sling with all his might,and hits Goliath in the center of his forehead. The Philistine falls on his face to the ground, David takes Goliath’s sword and cuts off his head. 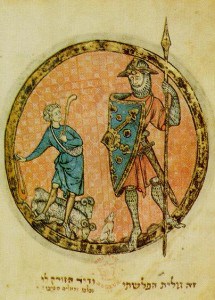 People like that…..or at least say that, a Cinderella story, the girl who had nothing and her sisters were spoiled, while she was stuck home cleaning her sisters are out at a party…..yet fate allows her to go to the party, afford to get dressed up beautifully , and meet a charming prince.
Or does being an underdog make a person strong? Make them want it more. Make them want to prove to the world they can achieve the goal they have set. The biggest problem is people think something is IMPOSSIBLE for them to do. There is too much competition. Or they are too uneducated (not smart enough), or don’t have MONEY. Hell, money is important, but in today’s world more then ever, money is not a driver….with the internet…and with networking, and with some will, drive, and sales skills, YOU CAN ACHIEVE YOUR GOALS.
Maybe I should be a motivational speaker. I enjoy challenging someone’s negative energy, and thoughts that they cannot achieve something. That seems like an EXCUSE to me. Because in order to achieve something, you first have to CONVINCE YOURSELF YOU CAN DO IT. The biggest barrier to achieving success is your own mind, your own confidence in yourself being able to achieve it.
Sure there are competitors, there are banks not giving you funding, there is complex workflows to develop, project plan, financial projections. JUST GET OUT THERE AND DO IT.
But……………while I am good at the “just do it” mentality…I do get myself in trouble without the proper planning and projections. But this is what is beautiful about the human characteristic model…..there are some people good at one thing, and bad at another….and vice versa. Putting together 2 people of complimentary skillsets with a common interest and common goal is critical to success. Maybe that is what I am looking for….maybe then I will be taking less hail maries.
But at the same time, don’t just want anyone, has to be right…so many factors to consider, and I have rushed into so many businesses and so many partnerships….its scary still.

When Things Get Overwhelming, Take a Deep Breath, HALT, and Get it Done!