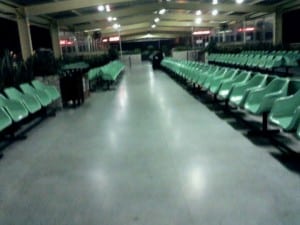 Starting to feel like some special agent in a James Bond movie…seriously…while I thought this lifestyle would be so cool, there is that famous saying “be careful what you wish for”. As it gets quite exhausting going through borders, waiting in lines, dealing with people from all kinds of backgrounds, stress levels, and moods. Larry tells me switching it up from ferry to bridge borders makes it less boring and more fun….I somewhat agree there, and tried the ferry today. Erik tells me I should try to schedule better…but really the reason is things are changing so quickly for me these days its hard to nail down a firm schedule.

Borders seem to always highlight the most extreme cases in people’s lives, the dividing lines in the haves and have-nots.

Just again and again I think when I am crossing borders, its like border checks is profiling and racist, the ability for some to cross and others not, mostly due to the fact of where they were born into this world. I guess that has to be the defining factor of those who can and cannot enter certain countries, and I am thankful again and again for being fortunate enough to have been born to American parents in the United States of America. 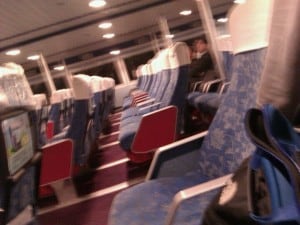 Ideally, it would be best to be born a Hong Kong resident for the life I am living now, as a Hong Kong ID holder can zip through borders much easier. Even as an American, I have to get stamped on each side, the Hong Kong side and the Shenzhen, China side.

I am still amazed at the differences between Hong Kong and Shenzhen, China. sure the gap is closing, you can definitely see that in the prices – with Shenzhen costs for food, real estate, and labor sky rocketing. But even culture, and feeling between these 2 areas is major….and while there is a decent sized expat community in Shenzhen, it is nothing compared to the cosmopolitan lifestyle of Hong Kong…..a truly international city.

People have said that in the next 5 to 10 years there will not be much of a real border between Shenzhen and hong kong. There is big talk of a major metropolis between Hong Kong, Shenzhen, and even up to Guangzhou and Zhuhai. The population in each of these places is bigger than almost any city in the world, all are major….so to see them all combined as 1 metropolis….this is daunting. But that would be so great for me not to have to fill out these annoying customs forms (what happens to these forms anyway) when crossing back and forth, filling up my passport with stamps.

And “us Americans”, especially those who have not traveled outside of USA, have a hard time comprehending what it means to have to get a passport visa to enter a country, we are so spoiled to just fly to any destination and show our passport and get in without any questions asked….the rest of the world population is well aware of passport visas, customs officials, border taxes, and all the other headaches that divide the lines between the “haves” and the “have-nots”.
Just wonder if there could be a “super passport” of highly educated or experienced people in the world, who have to pass some sort of test to receive this passport, and could easily travel between any country in the world. Rather than having country passports where simply being born in one country gives you the rights and priviledges in that country (or the difficulties, burdens, and setbacks). Because during my travels I have met some really intelligent people, truly gifted people who appreciate life and would do great things, but have more hardships and disadvantages because they were born into a country and a system that holds them back.