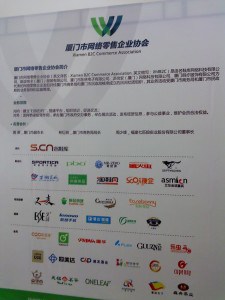 Recently got an email from a NY times reporter doing research on the Chinese internet space…and yea, while giving free reply and probably no reply or a thank you, I thought I would share and expand on the questions I received and answered in the email.

1) What do Internet marketers need to do differently in the China market as opposed to other areas of the world?

do not just copy and paste with a translator….domain should also not just be the .cn extension…… make a memorable brand for CHINESE! common domains are the pinyin (chinese characters converted into western characters) mixed with very basic, easy to remember/pronounce english words. also numbers are good as they are also in the chinese character sets too.

but really, china is nothing like the rest of the world, sure you can sell the products or servicrs you do in the west, but your website layout and brand i suggest is independent and you should have a web marketing team based inside china.

2) What has been the most successful Internet marketing program or technique you have seen?

in chinese market? there is a chinese company that helps chinese companies buy from usa, they had a twitter (as well as the chinese versions, weibo) that if their tweet was retweeted, they would get a coupon….very viral, very fast….

Just giving a small coupon or bonus anywhere in the world is effective….but seems more effective in China….saving a few yuan goes a long way in getting attention.

3) What misconceptions do Westerners have about Internet marketing in China?

sure, the market size and opportunity is huge in china, now more then ever. but its not always price. chinese now want to show the world they are “equal” and have “made it”, so dont compete on price, but instead on this fact….that chinese are rich and sucessful and now can pay the same price,or more for foreign brands.

But being in China a few years now, I am almost thinking like a Chinese mind….so annoying watching foreign companies RUSHING IN to the GOLD MINE to make money to the billion population market…..not having any clue and thinking they can just copy and paste translating it into Chinese.

I know its hard for impatient gweilos (like me) to realize, but you can’t come rushing into China thinking business is done the same as in America…..really its a completely different world. Not just government regulations (guanxi) but also the consumer mindset.

Ready to Rock in Beijing!

Preparing to Return to Shenzhen for Startup weekend, Nov 9-11

China, Finland, Euro, RMB – how lucky US English is

Moving From Shenzhen to Dongguan, Still Cleaning up the mess from 2010