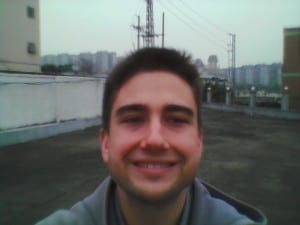 I think I am getting a bit more settled on the fact / idea / reality that I will be remaining in China (or at least Asia) for the next 5 years.

That is an important step for my own mind…balance, and business goals. But it took me a long time to accept. Since coming to China at the end of 2007, I was never sure how long I would stay. When you book plane tickets, in USA at least, its so much cheaper to book a round trip ticket then a one way. So when I booked my flight, I booked a return ticket the furthest length away, something like 6 months out for a summer trip back to USA in 2008.

I remember thinking to myself….”well I’ll get a one year contract in Shenzhen, try it out, worst case is I’ll leave after 6 months in the summer of 2008 and lose my deposit”. Time went by, made good friends, got some traction, and saw the American economy collapse in the fall of 2008.

The future of business is in Asia, specifically China. I cannot let it go. And I have to commit to this idea, both for my own stability and the stability of my friends and business associates.

But its such an internal debate for me…I am an internet marketer. I love the idea of openess and free sharing of information. This, by definition, is not allowed by the Chinese government. I am not a political guy at all, I barely even follow the news, I just want to be able to access information and have a fast internet connection.

But I love the CHALLENGE, the fight. That if it was easy, everyone would be doing it. I have seen so many of my foreign friends come and go in China…..like way more than those who came to NYC from other parts of America….

After over three years here I am a totally different person, learned so much about culture and business. In today’s post, I put a photo of myself I just took about 5 minutes ago from outside the five islands China fulfillment center….listening to the rough truck horns blowing, the chaos outside the gates. Chaos is what I am attracted to and I see myself in chaos the rest of my life. Because I love the hustle, the adventure….the struggle. Its about knowing yourself, knowing your role.

Still the hardest part to accept is that I have my family and hometown friends back in America. My friend Larry was saying we need to invent the teleportation device. Thats for sure…..once we can pop in and out of places all over the world, imagine how fluid information and life will be. But I’m almost certain certain governments will ban teleporting, as they cannot control people flow and information….further hindering the advancement of technology and global knowledge.

And the hustle goes on, but by my blogging this today, and committing my mind to it. I have actually bought some chinese learning mobile app programs, and am not going to say by being surrounded by the languages won’t by itself let me have it sink it…I need to commit to formal learning and master the Chinese language!

The story continues….I think if anything else, like my dad says, I need to write a book about all of this.

Applying a Work Permit in China

Rushing back to Asia, Panelist on Chinese Social Media at G2E Macau