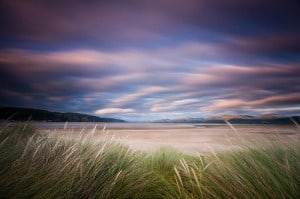 Having trouble sleeping ,so popping open the laptop. Starvation, well, not literally…..bet it got your attention though. But I am beating on myself, pushing myself….why?

I don’t want get lazy. Don’t want to get comfortable.

Business is modern warfare. And I don’t want to get into politics too much, but we know why certain countries attack other countries – RESOURCES for their country (oil, land, food) which makes their country richer and their country’s businesses richer.

And being out here in China and Asia….there are a lot of westerners white guys are scary barbarians who come here to make something of themselves….

Things didn’t work out, I haer stories they blame Chinese suppliers…..or their sales partner overseas…..always some kind of excuse why it wasn’t their fault…not accepting reality…..

It kind of makes me think of life as this long, treacherous road…..people will fall around you, and they will try to hold you back on the side of that road…..telling you to also take a rest. They want to pull you down to their level….some will use different tactic then others, some will mean well. But the road to the top is a lonely one, the further along you go, the less people there are to support you, to add to your experience.

Many I have met through the years have given up….and don’t want to go home to USA or Europe….

They all have their reasons, maybe they enjoy it here, they don’t want the normal life back home…

MAYBE, they don’t want to accept failure…defeat…..Its been chatted about between friends over beers many-a-times.

It is kind of true…some of my friends back home over the years have said “come on, come back home…” Some as bluntly as saying “well, if its not working out now, then its not meant to be” come on, really, only a few years?

I’ve also had the Chinese girls, which maybe culture is showing here, tell me why I would give up such a great job in New York City, on Wall Street, to fight so hard, to work so hard. To risk so much. Well, this goes right back down to the root of this blog! I started it just when that happened, and now here we are….sometimes I do get to those crossroads, but I keep on going.

But I am a fighter. I am not going to give up – or addicted to traveling, or running away?

I am building up a global network, buyers, sellers, programmers, salesman…Social media is awesome, and adding to what normally I would have developed “old school” exponentially faster- as I travel I tweet, as I tweet I add friends, connect on facebook, build traffic on the blog, network with on linkedin. It’s a lifestyle I am living now…online and offline that perpetually is snowballing, globally! It’s the most exciting rush!

So many people say it’s all because I don’t have focus…and I do agree with this, yet I am making things happen. I do, don’t talk. I don’t want to be a bullshit artist. I am growing, light years faster than if I were sitting back in America, comfortable, with my big portions of food, twice a month salary, car insurance package, home mortgage, and other things my friends back home have come to EXPECT and see as the only reasonable way to have a life.

Also, seeing the hard lives in China, the long hours the shopkeepers work, the nong ming gong (city working farmers) bicycle around to pick up cardboard for recycling. To see babies starving on the streets of Manila, Philippines with their parents houses built on the side of a highway…..how can I just go back and be comfortable in America?

I WANT TO FIGHT. I want to be the man in the arena – the struggle is beautiful and I definitely have built up a club of critics, while they may not call themselves critics, but instead friends watching out for my best interests and my health…they are essentially attempting to hold me back.

By living as a minimalist , I am able to invest more in business, in networking, in traveling. And this is the long term investment. That is what the majority of people don’t really see….

Rock on! That felt better, sure I can sleep better now that I’ve vented a bit.

* Credit to this awesome photographer I found – Izzy’s photos

Welcome to the Philippines – Felt Like a Local This Weekend….

Putting Everything I Got At It, Hardcore China Business during Christmas

Going to be Incubated! @WeiboAgent is in next class at @Chinaccelerator

Babies Carry The Culture – Will the World Become Flat So Quickly?

Meeting My Trusted Barber in Shenzhen

Many thanks for sharing your ideas how to sleep better.
Everybody is fighting for the better life , but only a few people can achieve finally. Anyway we have our own lifestyle. I believe you are the winner.