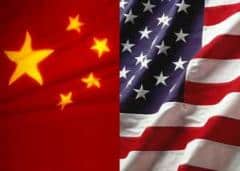 Chinese president Hu Jintao is in America these days, and it seems like everything connects….China seems to be “opening up” more to American demands by agreeing to the following this week:

* Buying more American goods – planes from Boeing, cars, and other services. But its not saying specifically if it will help American companies that are in China.

* Saying they will enforce replica products more in China – this is a big one for all these Chinese ecommerce guys I know….as it seemed in the past China didn’t cooperate with America’s (more generally “western”) demands to stop Chinese people from so easily copying US trademarked goods and selling them. As I have said, I hear news in China about internet businessmen going to jail for selling fake products….and many people I know are exiting the business of selling knockoffs.

A lot of my information came from the follow meeting report with Chinese president Hu Jintao and US president Obama:

Obama said at a joint news conference later with Hu that while there are vast opportunities to expand U.S. trade and investment with China, both countries must create conditions to ensure their economic relationship is balanced.

“I did also stress to President Hu that there has to be a level playing field for American companies competing in China, that trade has to be fair,” Obama said.

The U.S. exports about $100 billion annually to China in goods and services, supporting about half a million American jobs, according to the White House. Officials said Wednesday the new deals with China would support up to 235,000 jobs in the U.S.

Among the U.S. companies involved are General Electric, Honeywell and Navistar. Boeing had been in negotiations with China over the aircraft deal for several years, but awaited final approval from the Chinese government before it could go ahead with the sale.

What has been really interesting to me, as an effect of my being so open about my business, my life, my location….friends from all over send me emails, and notes, and status updates on facebook, or tweets on twitter. here are a few lately: