Why does it seem every flight to and from the Philippines is so early in the morning? Caught a few hours sleep before waking up at 5am to head to the airport. The funniest thing i have seen here that i haven’t yet run into in other travels is the male urinals along the side of the road……but hey….i guess its better then not having them and having guys go in the alleyways. 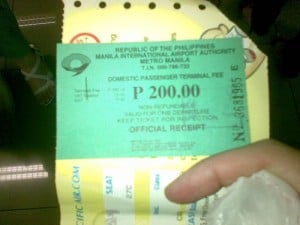 Tax to Leave The Philippines Airport

Last night i met atilla stevens, another foreigner from shenzhen, china who is looking for more resources in philippines. Its pretty funny, as i notice more and more foreigners now moving or shifting more from china to philippines. He has been living in shenzhen for 6 years, born in canada but grew up in arizona. Over dinner and drinks we shared our stories about doing business in china. He is more into electronics where im in the home and bar products.
Of course we talked about some of the typical “horror” stories. He had been working with a mould designer for years, and maybe miscommunication, greed, power struggle or whatever – problems have arisen.
But dont get me wrong, problems can arise in philippines too….but the language and the culture here is much easier for a foreigner to get by. And they are much more welcoming to foreigners and foreign investment!! The recent few days doing to banks and government offices, i was welcomed with open arms, treated with respect, and all my questions and concerns answered directly, clearly, and quickly.
I really hope the chinese government could think about it more…..to me, the banks, the government, is so complex, so confusing, so unclear….and they seem to discourage foreigners from entering their market. Or at least that is the feeling i have had there in 3 years….google couldnt stand it anymore either… 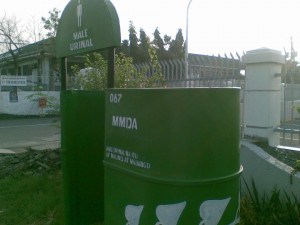 I guess its better then peeing in an alley....

I think its because the chinese government is afraid of giving up power,,,and if too many foreign companies are there, they will not be able to influence them as much as a domestic company. And its culture too….to have a foreign company be number one in the big + growing chinese market would be unheard of.
Yea….you see this maybe as a frustrated guy who is blaming others for his setbacks…but ask any foreigner who has been doing business in china and i can almost guarantee they have had similar issues.
For example in cebu i am meeting another american from xiamen, and he bought a container of mp3 players..only to have the factories start selling these on ebay at his cost…..
I actually have a few deals in china that are a bit scary….just relying too much on the other counterparty not to get greedy and cut you out….and more often then not, especially during econiomic turmoil, they will go that route.
But anyway, thought i would vent a bit and maybe somehow the chinese government would take initiatives to make it more clear and fair for foreign companies to do business in their country.
………….BUT…………..in fairness, I would have to say this seems similar to USA policy….I think it is also hard for foreigners to enter the USA market and do business…..but to be fair, China is more difficult then in USA.

Weekend Visit with Charlotte, my goddaughter

Tropical MBA – Spent a Couple Days at the First One!

Hyper Networking in Shanghai, Spoke on Social Media at #10x10Shanghai2012