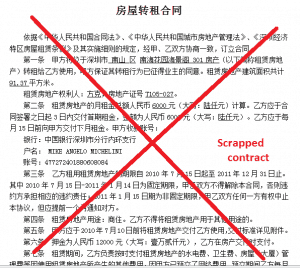 doing business in china….efficiently, effectively? Hahaha, man…..well, when u gotta cram it in, things just have to work….i am getting better (ie more patient) at this game called “doing business in china”
Tried my best to prepare these 24 hours between Philippines and usa – talking to people, planning, arranging almost hour to hour
The error in planning so tightly is that ….you simply cant predict which meetings will run nice + smooth and which will become a problem……
The main agenda was:

Last week, while in Philippines, I got a message from Jim the guy renting out the office, that the owner had come. I thought i had this covered, as Jim was going to say that he was manager of the office while I am traveling on business. But the part that blew up was July’s rent wasn’t paid…..and he had been calling but not getting through – so came to talk! he did receive august and september…but not July. So it was while I was in Philippines, and I checked with my friend who was looking into it, and he FORGOT to pay that month…..jeeez……he had paid the other months, but thought he paid and didn’t…. 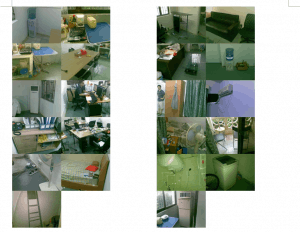 So when the owner came to the office – ENRAGED – Jim, the guy I was renting it to, said “i did pay the rent….”, then they talked, and realized this stupid white guy is a middle man….and lets deal directly. They said that it was “dangerous” for me to sublet and not even be in the country…and what if there was a problem…..

So I went in there today – BY MYSELF – my chinese is still really weak…and I’m in a weak position too…..

It went more smoothly then I had thought – I am learning to control my temper (yes, its taken a few years, but china beat me down, as people said it would)….and I just answered the questions as best I could, called friends to translate when they needed to, and ended up severing both contracts, getting my deposit back and paying out, etc etc. I sold things rather cheaper then I wanted to, but now I have no liability….and they said I can pick up the furniture in the coming months to take to a new location.

I jammed a bunch of electronics to send to the Philippines office (taxes / tariffs on electronics is so high in Philippines), but mostly everything else I left behind…..as I have to rush to USA now.

While I survived for the most part this “battle” there’s a lot of news about tension between USA and China like enforcing higher tariffs on china and stop letting Chinese buy US treasuries again its the idea that China is holding up its currency to keep its export market alive.

Basically, there are two reasons why American leaders are too scared to slap a tariff on China and penalize them for this kind of manipulation.

As for China not buying our debt, well… they’re already paring back their holdings, but between our Fed, and the global savings boom, it just hasn’t been much of an issue. Yields are very close to their all time lows despite China clearly losing its appetite for USTs. And to the extent that Chinese selling of bonds would hurt the dollar then, well, obviously to Krugman that’d be a good thing.

As for this issue of whether American companies doing business in China will see diminished opportunities, that plays into a much bigger theme, namely the crisis of confidence in the future of the Chinese market. Several business execs have warned about this — that China just isn’t as exciting of a place to be as they thought it would be. Already the government there hasn’t been “pro business” in the way they’d like it to be.

THAT IS SCARY STUFF……I’m American, I “own a business” in China – well, I have been greatly reducing my exposure to China this year with so many risks increasing, but still, I have invested money…what if my VISA gets denied? what if they seize my company? bank accounts? what can really happen….and what if I’m in USA at the time?????

And then Larry Salibra shared this recent blog from China law blog stating China is still the best Asian country to do business in……completely on the opposite side of the spectrum from the above post:

The break out of the East Asian countries in terms of the three stages is as follows:

China is firmly entrenched in the upper tier of the Stage 2 countries. China is joined by Malaysia and Thailand. The rest of the “developing” countries of Asia, however, are all classed in Stage 1. For investment purposes, a Stage 1 country is fundamentally different from a Stage 2 country. Thus, when a client says it will leave China to invest in one of the Stage 1 countries, this means it is planning to make a fundamental change in its investment strategy. Usually this means it is manufacturing low margin, low technology product and is seeking the absolute minimum wage. If that is its motivation, it is completely rational to move from a Stage 2 to a Stage 1 country.

But there are so many Chinese people that keep banging on my head why do I think China is such a great market. They over and over, via twitter, chats, or drinks – tell me China market is always a false trap to foreigners….seeing the high population……but don’t respect the 100% different and uniqueness of the culture and the market! STUPID WHITE GUYS STILL FALL FOR THE TRICK! 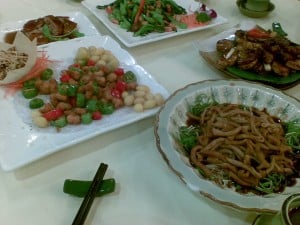 But one thing I love in doing business in China is the food! Always a big dinner, and so my good friend and business cooperation buddy Huck Liang from fob l/c took me out for my last Chinese dinner before USA. Goose intestines , chicken knuckles (feet shards chopped up), and some other various things I’m not certain. IT DOESNT PHASE ME ANYMORE. I am excited, I have paid my dues, learned by doing business in China the hard way – no book can teach you that.

April Is a Stressful Month For Many in China, Not Just Me