Yes, I bet this headline caught your attention. My friend Scott sent me this new york times article today – Lammy just sent me US Expat Taxes Drive Americans Away, and I thought I would discuss it more.

“What we have seen is a substantial change in mentality among the overseas community in the past two years,” said Jackie Bugnion, director of American Citizens Abroad, an advocacy group based in Geneva. “Before, no one would dare mention to other Americans that they were even thinking of renouncing their U.S. nationality. Now, it is an openly discussed issue.”

Sadly, it is true, being overseas as an expat since end of 2007 – I have had many discussions with other Americans about giving up their US citizenship. And I think that trend has been picking up more and more. 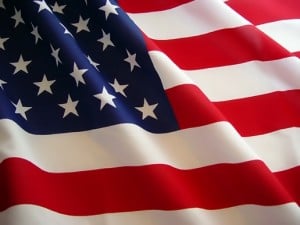 Some in the conversation say – ARE YOU CRAZY!!! How could you even think that. But others mention Hong Kong passports are just as good, and others compare US citizenships as burdens, while EU passports are much more flexible. The debates are good conversation starters at a bar for sure….gets people riled up and talking.

I am a bit neutral at the moment, I understand the benefits of being an American citizen. I know friends and family would scream at me and say, do you know how many soldiers fought and died in wars to protect your freedom, and ability to travel so freely around the world! I know how many Chinese citizens would love to have a USA passport. But as you have seen in previous blog posts, it is so difficult to do banking and other business as a US citizen outside of the country. And if I talk to a banking customer service rep, they think i am some kind of terrorist. Like this quotes in the article:

Mr. Flynn had held an account with a U.S. bank for 44 years. Still, he wrote, “they said that the new anti-terrorism rules required them to close our account because of our address outside the U.S.”

Kathleen Rittenhouse, who lives in Canada, wrote that until she encountered a similar problem, “I did not know that the Patriot Act placed me in the same category as terrorists, arms dealers and money launderers.”

When I am on those customer service calls, not only banking, but any USA service, they are SCARED to hear that I am not physically in the USA. I can feel it in their voice when I explain I am a US citizen living outside of the country. Its true, they feel I am some kind of terrorist or hacker or spammer or something crazy.

Why is this – I believe it is because Americans are brought up SO SHELTERED – I have said it time and time again, before I left the country and traveled internationally, all I knew was American culture…I generalized Europeans as “europeans” – not understanding the huge differences in one EU country from another. hehe, I am still joking to european friends about that – but there are such huge cultural differences, and business differences. Asia as well, I was CLUELESS about how business was done in China – and differences in many of the countries here.

FELLOW AMERICANS – YOU HAVE TO WAKE UP – and realize, that in today’s economic crisis, you have to realize the world doesnt end at the border of USA. Especially in today’s financial collapse – Americans will be forced to do more international business, as the money flow will leave America and go to Asia and other countries. THE WORLD IS BECOMING FLAT so quickly….

I think I’ll keep my US passport for now, but it still annoys me to call a USA company and explain I live outside of the country…they give me such a hassle….is it really that strange?

Additions / Follow ups – August 2010, being told while in Philippines I should give up USA passport again, a friend here has a Canadian passport and says the benefits are almost the same.

Do You Think an commerce store #in shop.michaelmichelini.com