Also while watching CNN in hong kong today….they discussed a poll about more and more american companies frustrated doing business in china….the numbers were almost 30percent as of feb 2010
I can admit….i have always had trouble but in a way i believe / feel it is also because the cultural differences….not a positive or a negative feeling, just that the cultures have a much different history….
China, i feel, is always trying to protect / defend its history…and the government here takes responsibility for this…..to protect its people…. 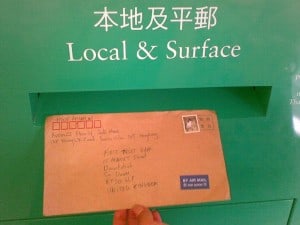 But on the otherside….the chinese government is also protecting itself from ITS OWN people. I think they are scared of their own citizens learning about some certain negative events….they are also afraid of the people going against their own government…..so instead of confronting it directly, the chinese government tries to cover it up, to hide it, to deny it. And whether chinese people like what i have to say here or not, it is what i feel….
Chinese do not like to admit they made a mistake. They will always defend their previous decision and not lose face for what they did in the past. They will ignore it, or deny it – but in my experience, they will not face it.
Here are some examples for my reasoning;
1) bad quality in a factory – of course this is also because the businessman doesnt want to lose money, but at the same time, he does not want to lose face. How can he admit that his own factory – his own operation, his own business – has made a defect…..it is just not possible, and how dare the buyer to accuse him of such a thing. It is the buyers fault for not making clear specifications, it is the byyers fault for not inspecting before paying….

2) Dealing with office staff – i can never directly say a worker made a mistake with their job….i try my best to be as objective as possible….to say “this is the problem with this situation” and immediately the staff gets defensive, gets nervous – and before i can even finish the sentence (or before they even read the whole email) they interject that its not their fault….and they have so many reasons. I get annoyed, mostly because i try so hard to identify the problem, and say “i know this isnt your fault, or i know i may have not explained in detail enough”, but i feel a chinese staff is much more sensitive to being wrong.

Now, of course let me turn the tables and compare to my experiences in america….
In usa, of course no one likes to admit fault….but i think because laws, or rules, or contracts are more DIRECT and clearly “black and white” (meaning the task or agreement or outcome is very clear) then normally there is no question who is right and who is wrong….and therefore the situation is clear….and the culture says its better to just admit it rather than hide it and get caught later……

So, if you compare these 2 sides…and consider the idea of an american person or business in china having difficulties…..i believe this is the core or root of the problem…

China is more complex, more dynamic…..and less direct…..everything has to be written clearly, if you assume anything, then you will ….get screwed…..

Fixing an Air Conditioner in China

I have to learn to Master the Chinese language!