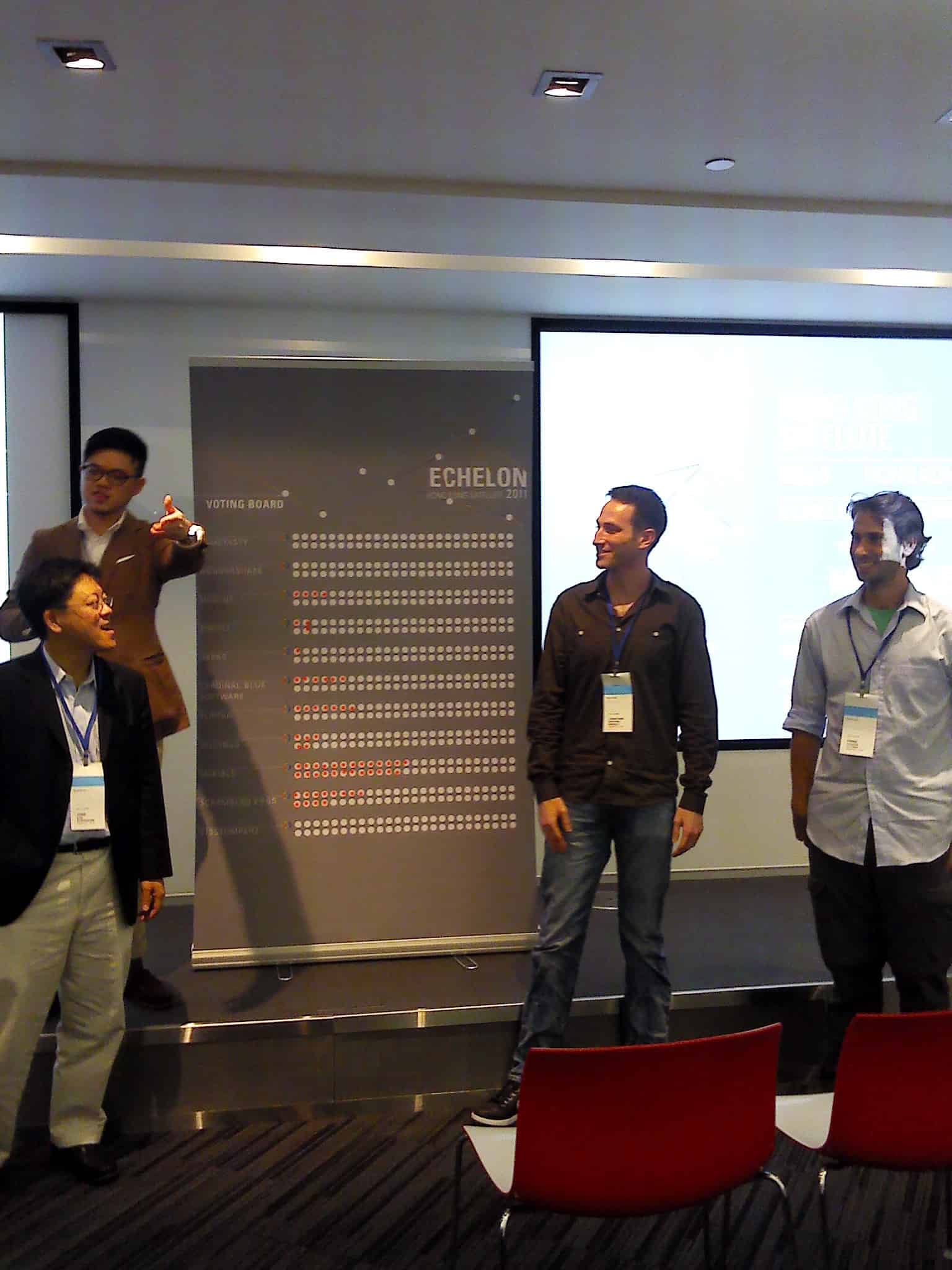 Sometimes I feel like its a reality tv show, heck maybe it will become one. Many of my friends abroad as well as in Shenzhen wished they could have attended today’s pitch event in Hong Kong, but because they couldn’t, I’m doing my best to blog about each startup, quickly below:

There are ten startups here in Hong Kong, competing to attend the Echelon pitch in june in singapore. Casey Lau, ( @hypercasey ) was the moderator and host of the event.

Casey briefly went over about the startupshk, at the end 2009 silicon valley investor @davemcclure visited Hong Kong at Cyberport and discussed the startup world / environment in Silicon Valley. Those attending Dave’s speech asked how they could do this in Hong Kong, build this network and community. Dave suggested to just start casual meetings in coffee shops and see how it goes. So it started with six people meeting in coffee shops, help each other with their company pitches, business models.

Then the first pitch event in Hong Kong was August 7, 2010 in cyber port with an impressive turnout.

From it, the hong Kong coworking boot hk started.

So basically, things are moving very quickly in the past almost 2 years. For the event, we used #hksat hash tag

We had a panel of judges, some of which were Arthur chow from six waves, jon chi from boton investment, vincent from laforia. Ranking each startup for a total of up to ten points.

Here are my best summary of the 10 startups pitching their idea. One will move on to Singapore:

The winner turned out to be Jon Buford’s Makible startup,, with the 2nd being trustcircle. Overheard some saying that it may not be completely fair, as the first few startups didn’t have the full audience in attendance, and some of the earlier attendees had left earlier. But alas, tis life.

Congrats Jon!
Here are some photos I snapped with my tablet: 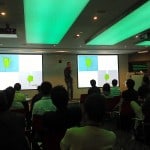 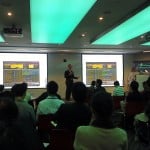 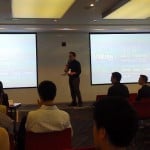 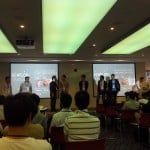 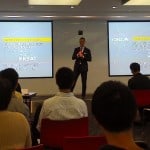 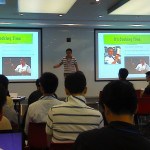