As I prepare for my travels this week and next month, I wonder how I got into this habit of being able to go off alone to these different places with no idea what to expect! Of course there were some milestones like leaving home for college out of state….and before that going to catholic high school not knowing anyone there while all my 8th grade friends went to public high school nearby because my parents thought it was better for me (that really pissed me off!).
But really think most changes in my mind started in senior year of my college experience…..i always wanted to go to mardi gras in New Orleans….and it was my last year of college, when else would there be a better time!!!….but mardi gras always occured outside of spring break holiday…so no one else wanted to, or was able to miss a week of school…and it was also during semester midterms! I remember asking my professor if i could reschedule my midterm, (rose my hand during class)….he asked why, and i said because i was going to mardi gras….he, and the rest of the class, gave me a strange look, thought i was insane to even consider asking, or at least lie about the reason. 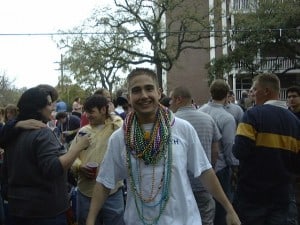 But another thing, i was a senior, i worked my ass off all those years and i planned well. i kept a spreadsheet (attached a template for college students reading this) to calculate my semester and cumulative gpa (average grade). And i knew what my grade wold be if i missed certain midterms…..while still keeping a high grade in that class and my overall GPA. I worked within the limits and rules I was set.
I then announced during the weekly fraternity meeting if anyone would like to join me to Mardi Gras, as i was going, with people or alone…..yes…..no one believed me it seemed unheard of to miss midterms and a week of school.
I looked up fraternity chapters near mardi gras and found we had a chapter right there in new orleans – at tulane university…! Awesome. Them i even saw i had a fraternity brother i knew from national conferences and a leaderdhip academy – dan pocase – in a state next door in Mississippi! He couldnt meet me in new orleans, had classes, but he helped me make it out to see him, and had some of his other fraternity brothers show me around.
Now i could go more into detail about the crazy trip i had there meeting peopleas i went….crashing on a couch at a random fraternity chapter house (seems not many other fraternity brothers take up the offer of staying at other chapters houses). But this isn’t the main purpose of this blog post – taking this trip taught me how to get by. How to make it happen. And how not to wait for others.
if i had said “ahhh i cant get any of my friends to come along, so guess i cant go” and i bet i never still would have gone to experience mardi gras.
Another example – Later on, after graduation – 3 of my best friends in university and i had planned to go backpacking europe together after graduation…..but as the summer approached, each backed out – one’s girlfriend didnt allow him (crazy, i know) anothers new job wouldnt let him delay starting work later in the summer, and another couldnt budget it…
But u know what, i still went! I traveled italy, switzerland, and south france by myself. For a few days i stayed with my cousins in trento city, italy…..i arrived in ther local train station and walking up to their car in the parking lot, they called me “solo” (italian means single / alone / one) as it was night, the train station was empty and closing…and i got off one of the last trains to meet them…..plus only one of them spoke english!! A bit scary in a way. 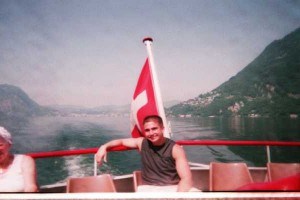 But during that trip i met all kinds of great people….from all over….and sometimes i would tag along with a group a few days, sometimes travel alone and sightsee……but what a wild 1 month trip and i learned alot about myself, as well as about different culture.
Later that summer after graduating college (2003) ,my hometowm friends were to drive across country….but all bailed except scott – and we did almost consider not doing it. Were pissed all other friends bailed…but the two of us still did it.
and those trips were priceless experiences. opened my eyes to sooooooooooo much, seeing parts of eurupe and parts of usa….learning how people live and how their mindsets can be completely different….and how i can travel on my own
how i can meet people and how i can make it happen. make it work. On a budget, in a jam, under pressure…
But make it work and get by.

Anyway. I was thinking about this when i started to be this way….as i am now more then ever seeming to be crusading new places on my own…..the level and the frequency of my travels is increasing expontially.

If I had waited for a friend of business associate to move to China and start business with me, I am sure I would still be sitting back in USA waiting for someone to be ready…..PEOPLE CAN ALWAYS FIND AN EXCUSE, A REASON THAT SOMETHING CANNOT BE DONE. We need to think the opposite, how it can be done.

Seems no other way, now i dont even ask others to join me i prefer the adventure on my own

I just wish i had blogged earlier
maybe ill gave to have the paper journal typed out into this blog and backdated…think it goes back to 1998…would be interesting to get that online.

Backup Plan If Trump + China Gets Americans Kicked Out

2 Amazing Tools to Help Me Prepare for An Amazing 2014