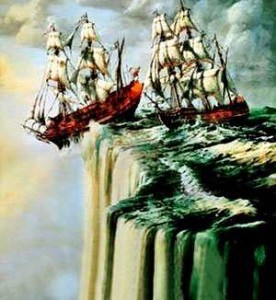 How am I witnessing / noticing this rapid balancing of the global economy? Here are a few examples:

American Unemployment: I’m not an economist, but I read the headlines, seems its been at a steady 10% for at least a year. Really I could quote numbers and facts, but I’m generally speaking, and I don’t think anyone out there can deny the job market in America sucks. Over the years, I’ve seen my good friends losing jobs in America, I have gotten blanket emails from people hunting for any job they can get. I am not going to go into people’s names, but my friend got laid off just a couple weeks before Christmas….amazing, heartless, sad….but it is the reality of the world today.

European Union country bailouts – Again, I’m not an economist, and briefly look at the financial news headlines, but constantly seeing an additional country in the European Union looking for a bailout. And therefore I have seen my friends in China who received Euros get crushed seeing their income decrease significantly and their costs of living in China grow.

Chinese Inflation: Its really been crazy, and did greatly affect me in 2010…..rising costs of salaries, food, taxis. If you’re in China and you’re not currently receiving Chinese Yuan (reminbi) and simply in China as a backoffice for sourcing or it services, I’ll be direct- YOU ARE SCREWED! Anyone in China should be looking to sell in China, receive local currency, and hedge their bets receiving foreign currency….

Chinese Government investment in Infrastructure – Again, this is scary, and I can’t remember exactly when it started happening, but it did during the period I was living in China – China stopped investing so much buying US dollars and US treasuries, and instead took the money it was receiving from American and other foreign buyers of their products and invested in growing their transportation system, power , dams, highways….its CRAZY. And my friends back home in America think I’m living in rice fields….man…no clue!

China too expensive? Then try Southeast Asia: I’ve been part of this, but **** link many foreigners who have been crushed by rising costs in China have moved their operations to Southeast Asia, such as Philippines, Thailand, Vietnam where inflation hasn’t been as severe. This is for both services and product….as manufacturing products has increased significantly in China as well as serviced workers. This, obviously, will increase the costs in these countries over time as well, therefore higher salaries, more tax incomes to those governments, improvements in infrastructure – you get the idea.
I have talked to many, and the general idea is….America and somewhat Europe “overate” by overborrowing, *** will smith link **** spending more then they could afford, to buy things the didn’t need to impress people they didn’t like. But that is what the AMERICAN DREAM is, right? Buy a big house in the suburbs, nice car, and drive to your comfortable office job in corporate America. Everything will be ok, whats to worry about? Well, sadly, now people see what to worry about….its a house of cards…..outsourced all manufacturing, and serviced jobs, used the money saved from doing so to buy the products and serviced that have been outsourced with borrowed money…..

Now, China has all the money, America is deep in debt, people don’t want to admit this, but everyone is holding their breath to see what will happen next. I am already hearing stories about Chinese factories opening up factories in America to save costs and do JIT (just in time) delivery for short quantity runs….seems similar to what the Japanese car manufacturers did like Toyota a while back.

On The Road Again – Life on The Road