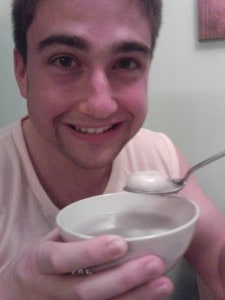 What a way to start a week! Being an American living in China, I’m lucky I never was a big sports fan….with the timezone difference, evening games in the USA are bright and early in the morning here in China! I have been here for a few years, and never wake up for a sports game…even prior Superbowls.

But this year seemed to be the right time for me to go, being an NY / CT hometown guy, two teams NY Giants vs New England Patriots is a perfect match (Go Giants!) and a few of my friends in Shenzhen also waking up, I decided to go (Dave woke me up!) taking a taxi from the apartment bright and early at 7am. The bar was packed! I was also tempted to check out Snake Pit (a local hangout for foreigners also have the superbowl on).

Its a lot of fun to watch sports games in a sports bar, and not many really over here in Shenzhen, China. Also, some of my USA friends I was talking to asked how the heck did we get the superbowl game in China? They have it on Philippines and Thailand TV stations, and the expat bars are able to get it on. The problem though is the TV COMMERCIALS!! They don’t have the American version ads, we get some Thai airlines commercials and other Southeast Asian ads going between football breaks.

We also have some friends who have a slingbox account, so we can even go to the laptop to see the American tv commercials! Just a bit of a lag….slow internet…..but its almost like home.

Here is the info I got off of Shenzhen party Superbowl email blast:

about X-TA-SEA Sports Bar and Restaurant

So there was tons of food (breakfast is my favorite meal!) eggs, bacon, don’t get that much here in China. I drank wayyyy too much, I was going to try to just drink coffee and beer…but shots came around. Was so dark in the bar, hard to even tell it was Monday morning….if you looked outside there were Chinese workers going to their offices. No idea what the superbowl was and why there were some crazy foreigners in the bar on a Monday morning (those crazy foreigners….haha)

After all that drinking, eating, and football watching, I did get right to work! Have tons of e-commerce projects in the works, and starting a new project that is going to be pretty hands on, Woxter (will blog soon about it). I so badly wanted to get some rest. Waking up early, drinking heavily on a Monday morning…and then digging out of emails and project plans in the afternoon…

What is Chinese Lantern Festival you ask? I am not fully clear either – going to Wikipedia we have:

The Lantern Festival (also known as the Yuanxiao Festival or Shangyuan Festival in China); is a festival celebrated on the fifteenth day of the first month in the luni solar year in the Chinese calendar, the last day of the lunisolar Chinese New Year celebration.

It is not to be confused with the Mid-Autumn Festival. During the Lantern Festival, children go out at night to temples carrying paper lanterns and solve riddles on the lanterns. It officially ends the Chinese New Year celebrations.

In ancient times, the lanterns were fairly simple, for only the emperor and noblemen had large ornate ones; in modern times, lanterns have been embellished with many complex designs. For example, lanterns are now often made in shapes of animals.

So I chowed down on some “rice balls” which everyone has to eat on Chinese Lantern Festival (don’t ask my why, no one else seems to know either). posted to weibo, got some laughs.

Am completely drained….mentally, physically, and culturally. Just thought today was a good day to give some insides on some of the experiences a foreigner in China is faced with. So many cultures, so many holidays to balance, feelings, ideas, thoughts.

Keeps life interesting for sure! 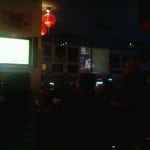 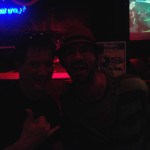 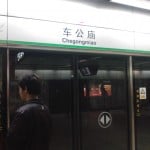 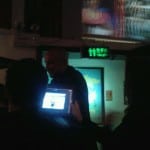 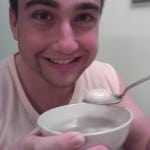 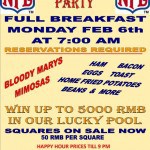 Finding Acceptance Being In China, Quality Visit with Mom + Dad