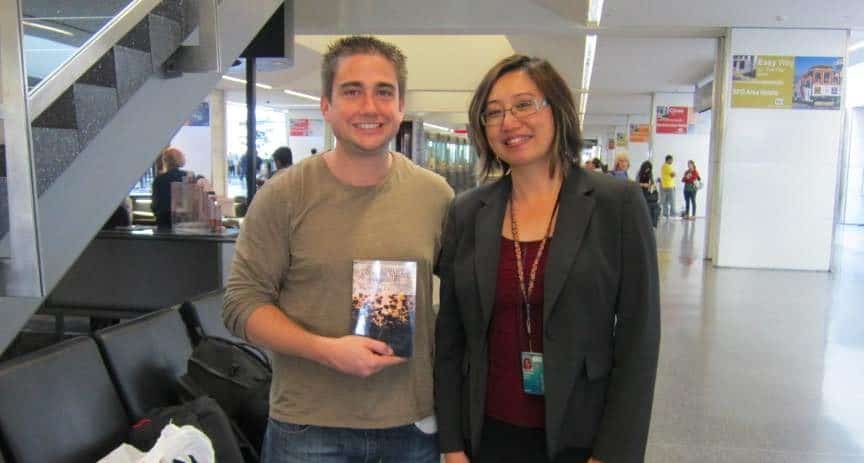 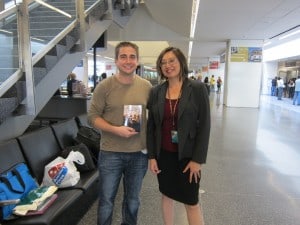 Another blog I’m typing up on my 15 hour flight from San Francisco to Beijing, I just finished reading Zee Gorman’s book “Snowdrops and the Night Warriors” book two of the Altethlon Chronicles.

I met Zee on twitter maybe a year or so ago, and we chatted about my being in China, and her being a Chinese now living in America. Its funny how many people I meet who “trade places” – Americans moving to China, and Chinese moving to America. Maybe its that saying “people always want what they aren’t” – the quest for “exoticness” or uniqueness in their life.

Well, Zee and I tried to meet in Guangzhou last year, that didn’t end up working – but this time she reminded me to reach out to her when I arrived in San Francisco. We had a lunch meeting in SFO international airport, social media and current mobile technology makes coordinating meetings so much easier than even just a couple years ago.

Zee is really amazed my transition to China, she moved to USA to get her Masters, and was able to stay after graduating. We had a nice lunch and then she gave me her book she just had self-published – its a fiction and I just finished reading it.

She even autographed it:

For Michael::
Living and working in a foreign country is a privilege few get to enjoy.
Thank you for your friendship!
Zee

It was a great read, a much needed break from my dry “business books” and “constant business thinking” I needed to have some time exploring a new world with gnomes and soldiers, dark lords, queens and princesses and spider caverns, gas city torture chambers. I also felt the China influence in the book, talking about the balance of white and black powers (resembling ying and yang), governments censoring and controlling propoganda, and the idea of different cultures trying to live in one world together peacefully.

What really excites me is Zee is successful self published author. I know another friend of mine, Rosemary, who wrote the book 42 rules of sourcing. Zee has also been in the internet world since 1995, buying domains and doing online business. I really do have a goal to write at least one book in my lifetime, I am blogging almost daily building it up and getting into the habit.

Social media continues to blow my mind, connecting with amazing people all over the world, finding people with similar goals…I’m so happy to have met Zee, its so awesome to read a book having met the author!

Back to Florida – another horoscope