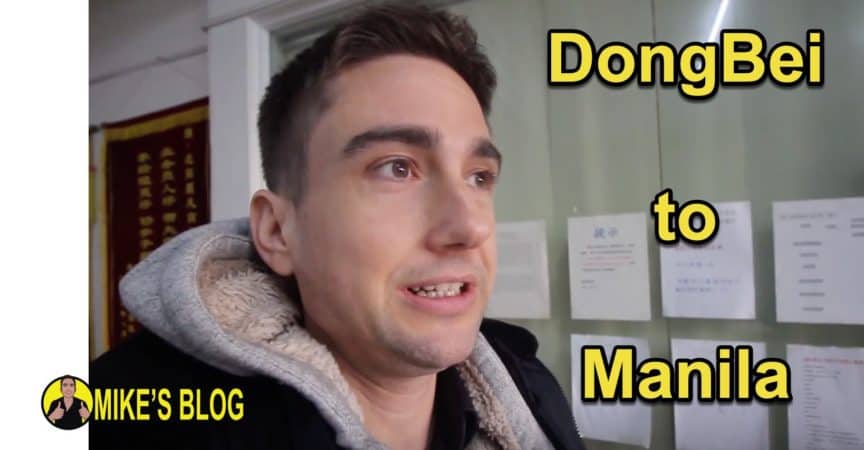 * Last few days in my wife’s hometown of Shenyang, China with her and the kids (and the in-laws).
* Mother in law on the cancer medication and lets see how it goes.
* Flying to Manila, Philippines Thursday evening for a 6 month journey while the wife and kids stick in hometown
* Preparing to add as much value to Alpha Rock Capital as possible while I’m there these next few months (planning a new marketing strategy for Virtuous Graphics)
* Basically making the most of the team and people I’m working with in the Philippines, most of the people I’m working with nowadays are based there.
* Confirming venue for Cross Border Summit Nov 19-20, 2020 in Chiang Mai, Thailand. )Tok on the team is going to visit the venues this week)

This week will start that plan. That plan that my wife dropped on me when I returned from Taiwan in November.

Her family has been sick, her grandmother passed away, her father has heart problems, her mother fighting cancer. She had to spend more time with them in hometown. School was ending in Thailand in December, and then do the next half year in her hometown. Return to Thailand in the summer of 2020.

The choice for me:
* Stick around with her and the kids in hometown dongbei (northeast China)
* Stay in Chiang Mai (but honestly there for the kid’s school, so no reason to stay – plus burning season is coming…)
* Go to a place relevant to my work – which is clearly Philippines.

Some others on social media have said “why not China such as Shanghai or Shenzhen it is closer and you can fly back and forth to hometown easier.”

That is a fair point.

I don’t want to “bash China” (there seems to be enough of that on the internet these days with Hong Kong, US trade war, etc) but I also feel the opportunities here are not like the used to be. Plus, I do not feel welcomed here anymore – it has steadily gotten more and more hostile (I get emails from US consulate)

So it is a combination of – I don’t feel welcome, It is less stable for foreigners than ever, and I do truly believe there is going to be a massive correction in the Chinese economy. They hve been propping it up since 2008/2009 witnessing that with my own eyes.

And the internet basically doesn’t work. Other “hardcore China” friends have also said it has just gotten that much worse the past year I’ve been gone and are also considering leaving.

Plus I want to grow my relationship with Alpha Rock Capital – I’m a partner and basically everyone else there is on the ground in Manila. It’s lonely in that Slack channel as most of the discussions are happening in the office.

So this week will be that transition. Kiss my wife and kids goodbye for a bit, and grind day and night building up Alpha Rock Capital, doing the GFA and “teaching the heck” out of everyone I can.

Treat this as a “quick and dirty” 6 month grind in Manila. Or what was that called “Thrilla in Manila”.