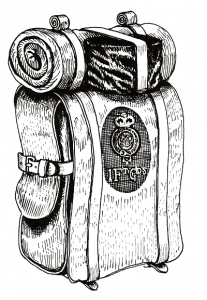 Got an email today from Kate who says she’s been following my blog for some time now – nice – thanks for reading! And again, I am a believer on minimalism – after moving around so much, “stuff” isn’t really that valuable, you have to pay to move it, or give it away (wait, I mean try to sell it for like 30% what you originally paid) – so what is the point? I learn to live with what I have, and focus on life, not accumulating things.

I recently discovered your blog, and I have become a frequent reader. We recently published an article “30 Best Blogs for Minimalist Living” that dovetails well with your audience. Perhaps you would be interested in sharing with them? Here’s the link to the article if you would like to take a quick look for yourself: (http://constructionmanagementdegree.org/blog/2010/30-best-blogs-for-minimalist-living/ ). You can also simply go to our homepage and check it out there.

Thanks again for the great content, and I hope the article I’ve linked primes your interest.

All these blogs just show you how there is a movement towards this minimalism. And I think back to what started doing it for me….maybe it was when I graduated high school and had to go out to college a few hours from my parent’s house in New Jersey. I tried my best to get everything I could together, had my dad get annoyed by my requirements to try to move all these things, and then realized what a hassle it was. I remember my first roommate, Tony Attie, had come from Lebanon, and only brought a small TV (like 10 inch screen), some CDs, and a suitcase of clothes. He got there before me, and I had a few loads of crap from my pickup outside to bring in. He had told me he packed the night before he left Lebanon and rushed to the airport. At that time I thought he must be insane!

There was another time, I took the train from Manhattan to New Haven, and had met a guy on the train named “bear” (well obviously not his real name, he was nicknamed bear because he tied a stuffed animal bear to his calf) and he was living free too. He had the attention of me and 2 other train passengers about his experiences living all over the place ,doing all kinds of things. I remember my dad came to pick me up at the train station, and I convinced him to let “bear” hitch a ride.
There was the moves from New Jersey to New York, and moving in New York a couple times too. It really started to convert me to minimalism when I left my day job and moved out to Piotr’s apartment in San Diego. I passed over the TV, couch, and whatever other big items to my roommate and good friend Andrew Moran and I think I UPS’d a box to California, taking the rest with me on my flight.
After moving out of San Diego and heading to China end of 2007….jeez, what the heck could I do. I had bought some chairs, tables – I never even bought a bed (Piotr was pretty upset with me for that one, right dude? I know, it wasn’t good for my back!), I think I sold the folding table for 20 bucks and left a box of books for Piotr to hold. I remember chucking clothes in the dumpster (feel guilty, I shoulda given them to the salvation army…) and moving out to China with 2 checked pieces of luggage and a backpack. Checked into a couple different hotels, and Melissa (who I had met in a trade show in Hong Kong in October) met me to look for apartments. Took about one week of living out of hotels, moving from Luo Ho district to Futian District, finally to Nanshan district in Shenzhen to finaly find a suitable place. And there was another guy still living there! I didn’t mind because they let me move in a couple days before my lease started.

The nice thing about China apartments is they COME FURNISHED. I moved about 5 times in 3 years (maybe even more, depends on what you consider moving….) and luckily the Chinese landlords provide bed, couch, TV, and other essentials so all you really need is clothing and bedding and a computer to get going.

Even with furnished apartments, I did accumulate a lot of stuff in China, but mostly for business purposes not for personal – like office furniture and computers.

In China, maybe in USA too, people sometimes see you as an unstable person living this way. That you are not INVESTING enough. I remember girls thinking that I would not remain in China maybe so long because I didn’t make large investments on THINGS. Maybe its also to SHOW MONEY. Hey, I hope I can be successful one day, but buying lots of CRAP isn’t gonna prove to myself that “I made it”. Never understood the logic exactly behind the THINGS = SUCCESS = STABILITY. But I do understand it does TIE YOU DOWN, so maybe local people see that as a reason to feel you will remain in that specific location longer because you have “invested in things”.

Now that I have decided to remain in USA longer, a lot of people have said “what about your stuff back in China”. Sure I have STUFF, but there are also people there to take care of it. Yes, I have clothes and personal things both in China and in Philippines….but hey, I packed for a 2 month trip here, I’ll get by. Actually I have people offering me some furniture as they are moving out of New York, I’ll get by and I will continue to work to remain a minimalist.

I think its easier to “give in” and not be a mimimalist, to just buy things for convenience and not to think about it. Anyway, this is my transition to minimalism, and focusing on life instead of possessions.

Twitter Threads are a new feature update that is coming soon

Shame is the Fear of Disconnection, apply to social media

Doing Things That Scare You

Am I Addicted To Traveling? Or Just Running Away?

A Comprehensive Guide to Tweeting