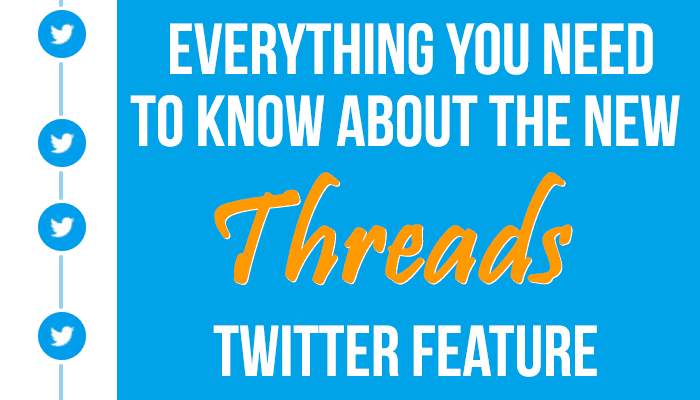 Just recently, Twitter has announced a new feature update by the name of Twitter Threads that will be available to the Twitterati soon enough. It does not mean whole sale changes to the most popular interactive social media platform of the world but still it is expected to be a cool addition.

feature will let users compose multiple tweets in a thread and then publish them simultaneously. Take a look at its preview in gif format here

Threads that are also be referred to as “tweetstorms” are nothing new to be honest but this new and cool feature will make them easier to be condoned by the hardcore and old-fashioned Twitterati. Currently, the practice is that the users create threads by responding to their own tweets. However, as soon as the responses state moving around, the attempt to read the original tweets in the thread can be quite a hassle.

The new feature ensures that the original Twitter Thread remains intact and all responses are pushed after it.

We really are anticipating the arrival of this update but will it be a life-saver for Twitter? Probably, No! But it certainly portrays the sense of care that Twitter is expressing towards its users with regard to the way they are using this platform and churning out a feature in an attempt to make life a bit easier for its users.

The recent update to let 280 characters in a tweet has been part of Twitter’s efforts to allow longer form native content and if our memory serves us well, there was a point in time when they were even planning to allow 10,000 characters.

are a brilliant way to make longer form content possible while ensuring that things remain as simple and short as possible. The threads begin with a single tweet along with an option to click to see the entire thread. 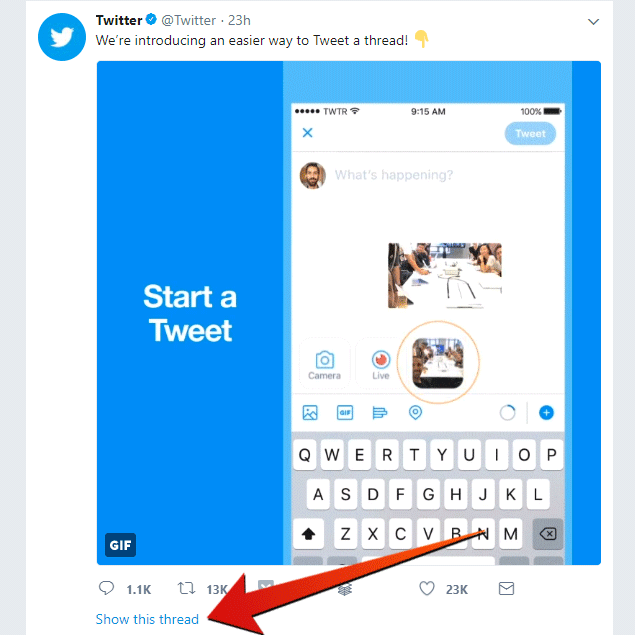 How can the new feature be put to use?

As soon as we heard about this new feature, we began to think of ways it could be put to use for our own benefit.

The most prominent way to use

will be to tweet detailed and comprehensive content and concepts. Having said that, the lovers of GIFs will get an opportunity to create threads with each tweet containing a GIF. Just imagine, now you will be able to create stories with the help of plenty of GIFs. It is probably going to be a case for GIFs gone viral! Along with letting users tweet in-depth content and tons of GIFs, we also anticipate enterprises using Twitter for their branding purposes to make use of this new feature.

Enterprises can now make use of imaginative copy writing to create an initial tweet that serves as a headline luring people to continue reading the entire thread. As soon as they have opened it and started to engage, you will be able to share with them thoughts that span more than a single tweet.

The users could be able to create a Twitter Thread with an extended preview of a blog post with a link in every tweet. Or you could also make a thread with multiple videos telling a certain story.

And as soon as the save for later feature is launched, people can bookmark this comprehensive and detailed content for perusal later on. If done in the right manner, this feature could mean a new life for businesses who bank on Twitter to market themselves.

So, what is your opinion about this new update? Are you gearing yourself to use

Do you have some other imaginative ideas for this new and cool feature? Or you think that Twitter is making life difficult for its own self by introducing these new updates? We would love to hear from you! So do not forget to leave your comment in the comments section below!