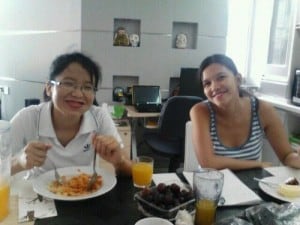 Today had lunch at Marie’s house, saw her baby Carlos, met her auntie Malou (he first time to China, normally I meet her in Manila!) and also had Amy join us (Amy is my Chinese assistant). So it would be a time to see Carlos again, now at day 9, before seeing her at “day 0” and day 1 of Carlos’s life….he is to be celebrated…and no, he is not my baby, I am happy to be the “uncle” by far! Crazy “uncle Mike”.

During lunch I brought up differences between Chinese work ethic and computer skills to Filipinos…. Auntie Malou mentioned how Filipinos don’t understand hard work until they work outside of the country….that they are too comfortable living in Philippines to understand the “Big picture” of life and the world out there. Being comfortable and “getting by” is what creates the majority of Filipinos to get lazy….

A common blog topic of mine is discussing cultural differences……almost feel like a racist, having compared Americans to Chinese, Americans to Europeans and Chinese to Filipinos …. But really, I believe its important to understand to succeed in international business….and we have to be aware people have certain cultural trends and as a manager or a boss we have to be careful how we deal with people in specific countries. I sometimes feel like I have a split personality…..getting better at knowing cultural tendencies and thought processes….I know this investment will help me in the long run for both business and personal reasons. 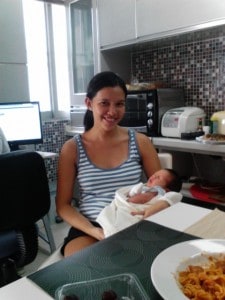 Then during lunch Amy arrived (she was a bit late, she’s a workaholic like me and was behind leaving the office), Malou worried if Chinese would like to eat this pasta and sauce…but Amy agreed….she was appreciative to have any food they can provide. The language was also funny, and its really hard to describe in a blog post, but I just sat and realized how now we are more actively mixing Chinese and Filipino.

For the past years, I really tried to keep a separation line between departments and teams…with Marie managing the customer side of USA ecommerce and Amy dealing with the China factory side….as well as other people on those 2 divisions….but as the world “flattens” and as we integrate the USA ecommerce with the Chinese ecommerce….its time now to bridge these cultures and learn how to work more seemlessly. Also will take some pressure of me.

During coffee and cake time (awesome Filipino cake brought over from the Philippines!) we started talking about Carlos’s upcoming baby shower….I wondered how it was done in China. There seems to be some sort of baby celebration 1 month after the baby has been born (as new chinese moms stay home at least 1 month after giving birth), but this celebration isn’t really a baby shower (maybe I’ll attend one in the future so I’ll leave this for a future blog post).

Life is so rich, so amazing….Marie and her German husband, Daniel, building a family. Amy there representing China. We had a neighbor stop by, she is a Filipina mother of a newborn child between her and her Iceland husband. I had been earlier chatting to a Mexican woman who is studying Chinese.

Maybe I had some cultural exposure in New York…but really since coming to Asia I’ve been submerged in international business…..I just feel more “sheltered” in America….or I wasn’t looking for this international community? I really believe maybe its the expat life, living overseas, that forces us to deal with so many cultures and “think outside the box”.

The world is massive…I wish more of my friends and family could be exposed like this….the personal growth is exponential. 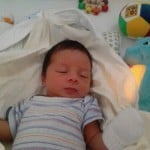 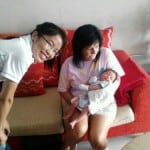 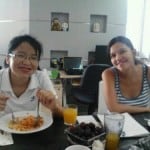 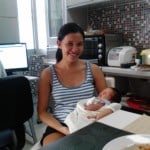 Reflecting Before My Departure – Losing Something Might Be Positive