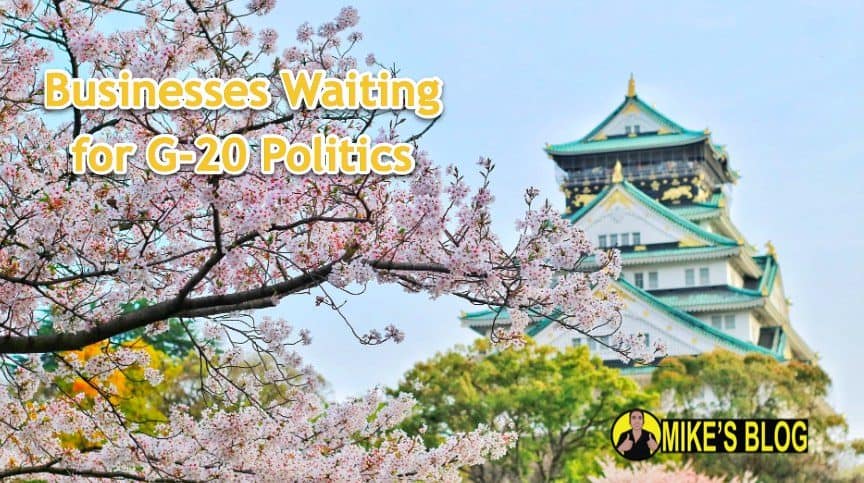 Sitting on the Sidelines Waiting for G-20 Results

I have never been so “into” politics. The USA, China trade war has forced me to follow politics much more closely.

My livelihood depends on it.

I feel I’m living in that scene of the Lord of War (my blogs talking about it 1, 2>) movie where Nicolas Cage is at his NYC apartment on Christmas Day when the Russian president announces the end of the cold war.

Seriously – it could go both ways right now. And us “business men / women” are here on the sidelines waiting for the presidents of the current world superpowers to chat on a Saturday morning during the G20 Summit about this trade war.

As I write this – that 1 on 1 meeting could be happening. Maybe it already did, or maybe will in the next couple hours.

We are here waiting.

Business these days seems so much more dependent on political policies.

Reading comments on various finance blogs, well those written in English and therefore the commenters are mainly American / supportive of the American political side- say it is about time the US starts to push back on the China imports.

I have to agree – for decades America has been importing and there hasn’t been much going back the other way.

So businesses really are reliant on politics. And I bumped into a random Russian guy at the grocery store here in Thailand and he asked me about my thought process. I said it is not the American people who wanted to import so cheap from China – it is the multi-national corporations who lobby the politicians.

Trust me – when I was a kid at family holiday gatherings – my family was always upset about the gutting of America to allow major corporations to outsource and import for cheap. Same with working in a machine shop in high school – all those workers weren’t happy hearing the policies of cheap imports and outsourcing of corporations.

And now it has gotten to the point where the people have voted for a Trump and he is pushing back. He knows what the majority of middle class Americans (outside of NY / Cali) have been complaining about and discussing at Thanksgiving dinner for decades.

Today, we will see what these 2 presidents discuss.

The Ability to Work Anywhere