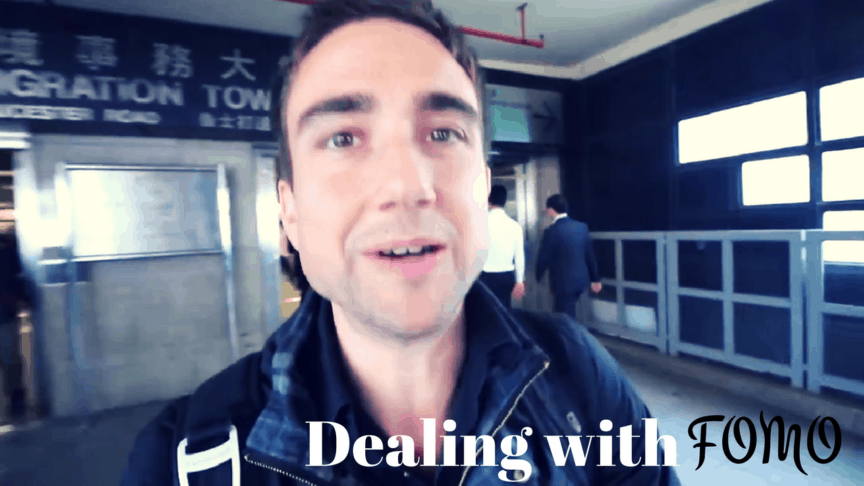 How are you dealing with FOMO? It is often an internet meme – but it is real! FOMO, for those not up on the internet slang, stands for “Fear of Missing Out” and I would say has been in existence since the stone ages.

All this bitcoin and ICO insanity has been nuts the last few months. And being in the space of Asia business / Global From Asia I have had it flying around me as well. Should I have jumped onto the bandwagon?

Is the good times over, or it is just beginning? I’m a bit bitter as I sold my few coins earlier in 2017 for around the 1000usd a coin price – sure I made money but there is that FOMO. Then there is the idea, do you rush back in.

As I was between meetings in Hong Kong, spending time at shadowfactory.io VR agency (Virtual Reality seems like a hot topic for 2018 as well!) I chatted on the video blog about dealing with FOMO. I won’t admit it, I feel FOMO right now about this ICO craze.

A lot of smart friends are jumping in, and pivoting their businesses to capture it. Many say it is like the new internet for money. Like the dot com craze of the late 90s, this is the first wave of the new world of digital currencies and digital governments / digital companies. It is exciting to me as it really is breaking down barriers and borders.

As a content creator, here at Mike’s blog, Shadow Factory, Global From Asia, I’m passionate about sharing knowledge and information. So I have jumped in with some new interviews in the ICO space for GFA. I think each of us have to leverage our own strengths and also realize when and how we can get involved in certain “waves”.

Towards the end of my day in Hong Kong I had dinner with an old friend Gary. He is always so supportive of me as well as his wife Fiona. Daniel Chow was there too, and we had some laughs about making and losing money in various projects and ventures. They have done really well in the domain space, and hearing my FOMO about ICO and crypto offered some opportunities in the domain space. Also Fiona is expanding her essential oils into China and there are some chances and opportunities.

Also some friends (more camera shy) mentioned still some amazing opportunities to get in on in the ICO space. It is just the tip of the iceberg. Some other good advice was to be nimble and keeping your eyes and ears open.

It felt good to catch up with old friends, share stories, and relax a bit. Life is moving so fast these days. Others I have talked to also say – the speed at which innovation is happening is exponential. We need to realize there will always be opportunities, and if we so quickly jump from opportunity to opportunity we won’t have much to show for any of it.

For me, I am so heads down in content creation and e-commerce I popped my head up and realize how massive this ICO space has gotten in just a few months. A bit bummed out, but at the same time I am happy I have gotten so focused.

How do you deal with FOMO? It is a funny word, but it is real!

Keep Going When Others Say To Stop

In life – it really comes down to the simple things….

Getting A Haircut in China, So Fresh, So Clean VLOG011