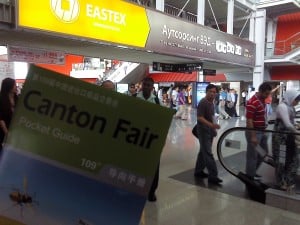 Been to Canton fair a few years now, thinking about my 2008 canton fair trip here. The Canton Fair is the biggest trade fair for Chinese factories to meet foreign buyers. Its held 2 times a year, in the spring (where we are now…) and then again in the fall.

I met up with Larry who has his iphone app development company here, and meeting up other contacts. Walking around the Canton Fair with Brent today, both of us saying how USA isnt so big as other Americans think – there are people from all over the world. Where are the Americans?? And sadly, tonight checking the news (night in China is daytime in America, and seeing the below headlines:

NEW YORK (Reuters) – Standard & Poor’s on Monday downgraded its credit outlook for the United States, citing a “material risk” that policymakers may not reach agreement on a plan trim its large budget deficit.

While the agency maintained the country’s top AAA credit rating, it said that authorities have not made clear how they will tackle long-term fiscal pressures.

S&P said the move signals there’s at least a one-in-three chance that it could cut its long-term rating on the United States within two years.

“Because the U.S. has, relative to its AAA peers, what we consider to be very large budget deficits and rising government indebtedness and the path to addressing these is not clear to us, we have revise dour outlook on the long-term rating to negative from stable,” S&P said in a release.

Just realizing the further and further disconnect of the global economy from the US economy….and while my American friends may get upset about my blog posts sometimes mentioning my more negative feelings, I think we need to face reality ad realize American economy doesn’t correlate with the rest of the world economy.

Anyway, enough Political and Economic talks, back to the Canton Fair – jeez, this Chinese Canton fair was bigger then ever – they have their own on-site shipping center, they say its bigger than the Hong Kong international airport, ATM machines, bank tellers.

Walking the canton fair or any trade show is still an effective way to find factories and make connections, able to see everyone you may do business with from all over china in one day, seeing previous factories and meeting new ones. Brent and I traded times to go to various booths we needed…I overloaded my backpack with catalogs.

This is phase one, mostly focused on electronics, in the gallery below, I posted some photos of the product categories.

Plans keep changing, but I am learning to learn to deal with it, be flexible…and adapt. Tomorrow I have to get to Dongguan for training the marketing department, talking to Larry now about the method to get to Chang An district of Dong Guan, China. Think I have to take a subway to the edge of Guangzhou, and then take a taxi or motorbike over the bridge to Dongguan.

Just another day in the hustle of China business in the south. 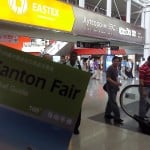 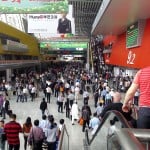 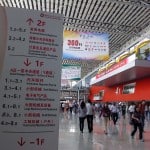 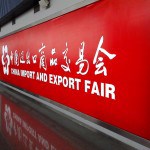 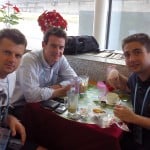 Been Seriously Racially Profiled This Week!!!!

Feel Like I’m in Uncharted Waters….Submerged in China Business