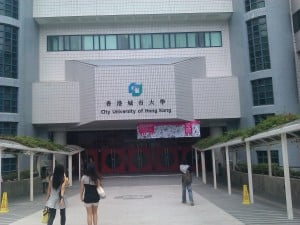 My friend Leon is applying for a work visa in Hong Kong, and one of the biggest criteria is a university degree. Unfortunately, as smart and capable of a programmer in today’s world, one of the best I have come across, but because of formal education, he is having problems. Is that the best way to measure someone’s capabilities?

I think, just like I am a fan of coworking, couchsurfing, and minimalism.

I think the same will happen not only in “adult world” but in children’s learning environment, aka “schools”. This is disruptive, and I recently read an article Peter Thiel takes his dream kids out of college to do business! He is definitely not making universities happy doing this. Taking top students out of college…..

My friend Marshall also sent me this program, called the Khan Academy as another popular new way for people to learn.

But I think more resistance will come because the university costs feed the system. Get a loan, pay the school, get into debt, pay back the debt for the rest of your life.

How much do we really learn in school?

Again, I see this as social media in action. But sure, even today I have met kids being home schooled. It is possible to learn outside of the classroom, but we also need to INTERACT eith kids our age. We also need to face kids we naturally wouldnt be friends with. Yes, I mean the bullies wjo beat up kids for their lunch money, the stuck up girlie girls who taunt the odd girl out. Why would I possibly say that is necesary… 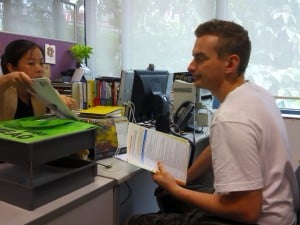 Because when we get older, we are stuck dealing with those personalities in life. landlord, boss, police, lawyer. We cannot shelter ourselves from people we dont like in grown up life, we have to face them. so in the children phase of our life, we need to learn how to deal with all kinds of people too.

I have to say I was never a fan of structure. A fan of being forced to take a class in school i had no use for. I remember my struggle in high school cemistry, i saw no point in taking it. I had to though to get into university (or so the nuns in my catholic school told me). First day of class Sister Felimina rolls down the chart for the Periodic Table of Elements. She tells us that by the time this class would be over we would have memorized every single symbol, elements atomic number, and atomic weight on this chart. I raised my hand and asked “why”. Obviously this didnt go over well….as I was challenging her whole curriculum. She told me that it was imperative to memorize this to prepare for university, as she said in university it is expected you have this memorized already, or at least it would put you at an advantage over the other students. She mentioned some of her all star students who came back and said how much her class helped them for university. Each friday we would have tests on a new column or row of elements on the chart.

So she asked me to stay after class to discuss further. She asked me why I am being difficult. That this class will not only help me in my schooling but also in daily life. I still wasnt buying into it. She asked what i wanted to be when i grew up, i said a businesman. I cannot remember the exact rebuttal but she said i would need chemistry in business so that if in the office if someone was going to mix two deadly toxic fluids together it would set on fire or explode……i still said i don’t know why i need memorize the periodic table of elements….i said it was a waste of my time and i can always look back at the chart in the future if i needed to. she said it was necessary…..and this struggle continued for the length of the time I was taking the class.

Going into university, the first day of my chemistry class, the professor showed us a standard periodic table of elements and said this sheet can be brought to even quiz and exam for the whole semester, and not to waste time memorizing the chart, as its an easily accessible piece of information and as you used it more you would memorize what you needed.

I got a Mac Air – I finally broke down