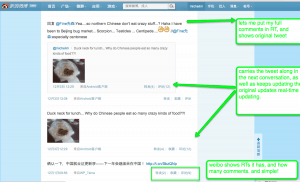 Wow, this confirms it – Weibo really is better than Twitter. Reading the official news from Twitter, their new UI interface updates seems to be quite similar to how Weibo has been doing it since its beginning!

I got more information when I read Silicon Filter and yes, there will be users who complain about this – but finally Twitter is making the right moves!! So many of my friends who want to use Twitter get so confused when they first sign up. There is nothing “keeping it all together” – every tweet is separate and all unorganized!

Here are some reasons I have said in China tech news that Sina Weibo is better than Twitter, in my daily usage of the two:

I have the screenshots at the bottom of this blog to see some differences between Twitter’s interface and Chinese Sina Weibos.

I’m not the only person who says so – my buddy Larry Salibra suggested Google Plus to copy from Weibo as he says its a better experience. Doug who just arrived in China, doing research says http://www.digital-dd.com/sina-weibo-threat/ Weibo is a threat to Twitter – they do have an English mobile app now, and may soon expand to USA and other English countries.

Overall, I am happy about this update in Twitter. While I am a tweetdeck (3rd party platform for twitter) user and plan to continue, I’m hope more of my American friends can move off of facebook and onto Twitter – its just so much faster and lighter to use. 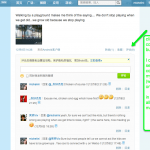 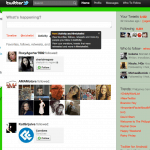 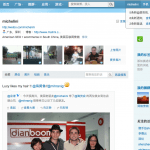 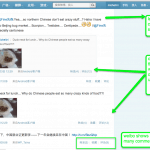 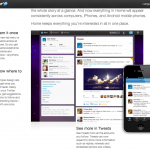 How to Use Quora for Marketing

Been Busy Building a Startup Team for Weibo Agent