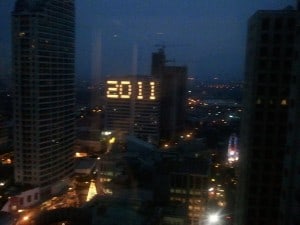 Been a couple days away from my computer so not accessing blogs and emails much (well mobile, i’m still fairly wired still on twitter….status updating quite frequently), so this will be my first blog of the new year.

This was my first time to celebrate New Years in the Philippines, a bit different from USA and in China. Let me explain my experiences in each place I have celebrated New Years

New Years in China (Solar Calendar) – Not much of a big celebration, as the Chinese save up all their celebratory energy for Chinese new years (normally in Feb), which is based on the Lunar calendar. The new years in China I remember going to some expat bars to celebrate with friends and party it up.

New Years in United States – Hard to summarize how New Years in America is…I have had new years in Times Square to watch the ball drop in person, but most people do that once or twice in a lifetime, if ever at all in America. In USA, there are 2 main ways to celebrate – house party or going to a night club / bar.

house parties – I remember high school times, having multiple house parties (and sometimes hotel parties) where I would drive between multiple parties (therefore not drinking as I was driving) meeting all sorts of friends from hometown and high school.

Nightclubs and bars, you have to pre-pay for tickets entrance fees, its become a whole business for certain promotion companies in larger cities like New York and Los Angeles….but mostly anywhere in USA the bars and clubs sell tickets for open bar, etc. 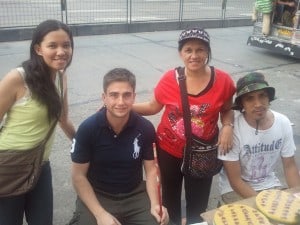 New Years in the Philippines – a bit of a different variation then USA, fireworks are not illegal here in Philippines, so they are selling them on the streets EVERYWHERE, so all evening and night you’ll see (HEAR) fireworks cracking everywhere. And family parties seem to come first, and there is a large dinner and family get together at home…..PAST midnight…..celebrating new years at home. And THEN everyone goes out to the bar or club, normally around 1 or 2am.

Interesting variation from my experiences of New Years in USA…. 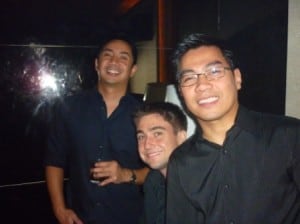 My reasons for coming back to Philippines – well came back to Manila to celebrate New Years with Mike Mo, and see my staff, as well as some business meetings and networking here in the Philippines. Still plan to come to Philippines rather often, though I will be in Dongguan, China more for the new ecommerce projects and building up a team there.

I’m trying to remember last new year….just seems like social media, mobile, and being “plugged in” has escalated exponentially for me in 2010…..and I don’t think its just me….I think everyone now is getting more and more “Dialed in” to their online lives, online friends. I really have made some quality connections and relationships via twitter, and I am thankful for it.

But really, what a 2010 it has been….a year of transition, finding myself, leaving China, traveling to Philippines, Thailand, Philippines a few times more, USA for 2 months, and end up coming back to China. Excited for 2011, and I think majority of it will be in China.

10 Apps I Use on my Roadtrip Travels to Work Anywhere!

Philippines – So Beautiful yet such political + economical problems

Google May Have Left China, but it Learned from Baidu