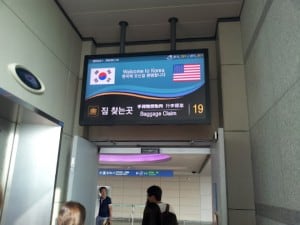 Those who have spent any time in China have heard the term “Jia You” (means “Add oil” literally, but really means, keep going, don’t give up), and I am sure those Chinese who read the title of this blog post will be saying the same thing.

Joining Chinaccelerator has been the right move – fast track + structure for my newest Startup, Weibo Agent. I was looking forward to the “getting away” from the grind and focus on building a startup and a great product.

We headed out for GOAT (geeks on a train), and were told toward the beginning of the program (Aug 1) – the team was all shocked. It was an amazing trip, but it took us out of the office + away from building the product. Also couldn’t take everyone on the trip (had to leave loyal assistant, Amy behind in Dalian).

To add to this, I had a “secret” family gathering in hawaii (I’m not allowed to blog about it, per my family’s request), which I was told about on August 4th – and would be the week directly after the Geeks on a train trip (last week).

Anyone who knows me, knows I am a man whose life is on the road. I had wanted this 3 months in Dalian to be “prison”, focusing on the product and the startup.

And its not just focus for me, its focus for the team! Weibo Agent sponsored Doug’s Chinese business visa from Hong Kong and he was in Dalian for 30 days only. Also, Gabree was only able to stay in Dalian for the month of August as her family is down in Shenzhen.

August was a month for all of us to work together, and I am just recovering from an intense 2 weeks of Geeks on a Train and a “family event” in Hawaii.

September is here, and I am ready to rock! But unfortunately, Doug had to return to Hong Kong for his visa run, and Gabree is headed to Shenzhen now.

Even with all the technology and internet tools there are today, nothing beats working in the same room, face to face. We will deal with it.

This is part of a startup, staying focused, staying positive.

I am learning more and more, its not about the work I do, its about the “aura”. I have to be the captain of the ship. I cannot show any frustration, any weakness, any disbelief.

Its easy to start something – it is freaking hard to execute, to follow through! To stick with it, day in, and day out. Ride the rollercoaster of emotions, of team issues, or personal issues, unexpected or expected. For anyone who claims they don’t have these, I find that hard to believe.

The Quick Family event was hard – It was nice to make an unexpected trip to Hawaii to see my family, but honestly it was so rushed, and so fast, that it happened and was over before I knew it happened. And it made me a bit homesick. Mixed emotions to be quite honest, and I don’t think its the sunburn or the jetlag….its just the realization that this is the life I live- a struggling entrepreneur in a foreign country. Alone. Just wondering if this will be the rest of my life, overseas, away from family.

The moving from Shenzhen to Dalian – I keep getting more and more friends back in Shenzhen checking up on me. I will be back in November, but they are saying that is such a long time. Not a big deal, but something that is getting to me, each day I talk to more people.

The rotation of people, teams – I am a hyper networker, and I do enjoy meeting new people all the time, from all kinds of backgrounds and enthnicities, but sometimes its nice to get to spend time with the same kind of people on a regular basis.

The power struggle in teams – fighting for budgets, for titles, for roles, for responsibility, for attention. It is normal, dealing with people. Dealing with groups. In a new startup its amplified even more, and I try my best to be fair, but also ensure the risk/reward ratio is properly weighed in as well.

It is something anyone who envies a startup entrepreneur has to think about. For all those awesome PR blasts you read in techcrunch, there is a lot of blood, sweat, and tears involved. We have to embrace resistance.

Just venting a bit. Documenting, feels good to put it on paper. I AM STILL 100% committed, will rock this program, and will not give up!

Building up to a Business Training Center in Shenzhen!