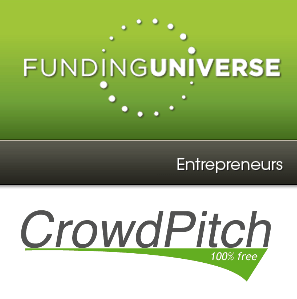 Was invited by a Stevens Tech friend to FundingUniverse.com’s CrowdPitch event, the first one its had in the New York City area. It is quite an interesting concept, like the “American idol for Entrepreneurs” they have a panel of judges that moderate and critique the entrepreneurs pitching their business, with an audience voting (with fake money) on which of the companies should get the funding. The prize isn’t actually real funding, but instead its services and support of up to $5,500usd from the event’s sponsors.

There were 6 companies pitching at the event, in various industries and current positions in their company. The moderator spoke that he has started 9 companies, 3 which failed, and 2 that did really well. I guess its just about NOT GIVING UP. Its about accepting failure in certain startups, and moving forward, learning, staying positive, building up a network of people and contacts for long term business success.

These are the 6 companies that presented: 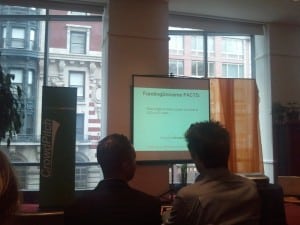 Lets just see what happens. I am not giving up the dream. Later in the afternoon I met Shane, a founder of taxstream, over drinks. He said I cannot rush things, I have to find the right thing. And not be quick to take investors or partners. I do agree with all of that. But at least he said some things I really took home!
BE STUBBORN!!!!!

Hosted a Panel on Ecommerce in Thailand @ Neat Entrepreneur Meetup

As The US Economy Continues Its Decline….More People Look to China

On “My Worst Investment Ever” Podcast Sharing Biggest Business Failure!