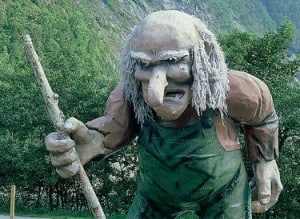 Social media has changed the internet, or “web 2.0”. I think the original web 1.0 was more just websites posting news and it hard for the general public to interact. Now, anyone with an internet connection can create a facebook account, twitter account, or whatever, and say how they feel to the world.

Robert Scoble, a very open and bold blogger, really goes out there and calls people COWARDS who are afraid to put their name / identity to their comments on the internet, part of his article is quoted below:

Thinking back over my 46-year life I’ve only read something more wrong a few times.

Not to mention I worked with an executive at NEC who got fired for something he anonymously wrote on a forum (a racist post). Someone figured out where the IP address came from and sent the post to his boss, who quickly fired him. Being truly anonymous and untrackable on the Web is very difficult.

So, what’s going on here? Why is it causing people to lose all perspective on EVERYTHING?
These “authenticity is dead” people are cowards.

See, where I ONLY post opinions I’m willing to sign my name to, lots of people are actually cowards and just not willing to sign their names to their mealy-mouthed attacks.

He is a little harsh there….but if more and more big blogs force you to use facebook connect in order to comment….then either people will have to start creating fake facebook accounts (which do exist I am sure, but is not allowed by facebook’s terms of service) OR only comment when they are not afraid everyone in their life can see what they are saying, and new people they don’t know can look them up on facebook and connect with them more.

For example, I have had my fair share of “comment trolls” on this blog here…..they would use fake names and reach out and criticize me, one some of my friends and readers here (I’m not even going to go back on this blog and check his fake name) he really did annoy me…and he never would say who he was. Every blog post he would say some new annoying comment and upset me, as well as the readers here. I didn’t want to delete / moderate his comments, but after so many of my friends complained I had to block him/her from leaving future comments.

Its also going to change SEO as well, as we all know how much comment spam we get in blogs with keywords as the comment name and the SEO target website too. Things keep on changing….social media and SEO merging. People and businesses becoming 1…..the dividing line between personal life and business life blurring….

When can we separate our work life from our personal life? that is another issue.

Addictive Social Hyper Buying / Selling – “I Got The Fiverr”

Guide to branding yourself on Google Plus