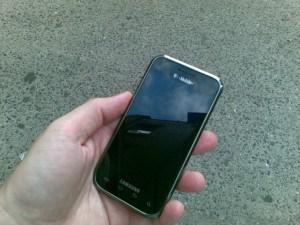 Sunday morning here at Dave’s place typing this up. I was going to ONLY talk about my weekend and the Chinese New Years, I’ll save it for a later post tonight and focus on mobile phones being stolen in this post, as I lost all my photos from the Chinese New Years dinner as they were on my phone….others at the dinner took photos, so I’m sure I’ll get some today or tomorrow to post.

I always get upset at myself, I know that as Chinese New Years approaches, crime is higher, as people want to get extra cash for the holiday, to afford a bus ticket, to buy gifts…..so I should have realized.

It happened last night in Coco park, Shenzhen…..I had my suit on from the Guangzhou Chinese New Years party…..and was drinking and dancing with friends. Suddenly….as I’m addicted to using my mobile phone every 2 minutes, I touch my side pocket and my phone is GONE. Dave Ho is with me, and I scream my phone just got jacked! He checks his pocket, and also his is gone!!

Unbelievable…..both our phones were stolen in the same 2 minute interval……looking around to possibly (yea right) see who it was….we got off the dance floor and asked around….phones were powered off….

Security had been good actually, they had bouncers on the dancefloor as they said its been happening a lot (phones getting stolen on the dancefloor) and they put guards there to watch out for this…..but still the thief (probably multiple) managed to get 2 phones in a couple minutes and not get caught….

Feel like a stupid foreigner in China when this happens…..but even Chinese people there telling me about the many phones they have had stolen…..now adding to the list my bike stolen a couple months ago and a couple years ago my laptop taken off my chair in a restaurant.

Kind of funny / ironic because earlier today I was in Guangzhou saying that Shenzhen is a safe place…..then again my health is in good standing….and all my mobile data (except my recent photos from a couple days) are synced on the internet….so I can re-import contacts from google contacts, calendar etc…

That is one reason I’m not as upset….my data is all synced on the internet…..even phone numbers I got yesterday, had already synced on google contacts (checked last night) so I am setback some money…and a bit of frustration (heading to China mobile now)…..

So I’m on the market for a new mobile phone….I guess I want one with hard keys anyway…..

Weibo Agent Update, Focus + Time To Do Hardcore Sales as a Startup