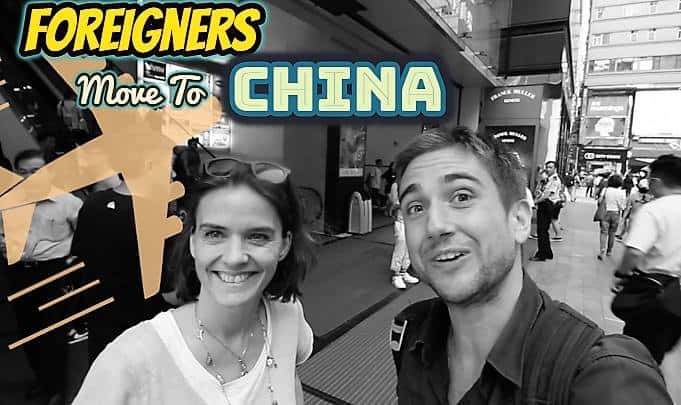 What’s the deal, why would anyone actually want to move into Mainland China? Why would someone want to leave their home country, their roots, their friends and family, and move into the wild,wild, East.

After the last video blog where I did vent a bit about the recent growing challenges of Americans doing business overseas – I got some heat from people that said “I don’t have to live abroad, I could move back to America”.

That seemed so outrageous to me. So I am a prisoner to live in the country I was born in?

Save that for another video blog.

Today, I asked some people on my daily travels about why foreigners are moving to China.

And why did I move to China? The short reason – I came for trade shows in 2007, trying to soak up as much knowledge and information I could in a month – and realized this would be a lot more work. Thought 6 more months in 2008 would be enough, but now ten years later still learning.

As many others said in the video, its much cheaper (well, WAS – much cheaper) to bootstrap your business – but on top of that – it is becoming the center of the world. Going to my business blog name “Global From Asia” – it is what I have been predicting – actually happening. The money is here. Warren Buffet says “follow the money flow” – isn’t it obvious it is flowing here?

You can be emotional to me about leaving people behind, turning my back on my roots. I think that is so absurd. My grandparents and great grandparents immigrated to America for opportunity. I’m sure their friends and family in their home countries said they were crazy and/or selfish for leaving their home town.

Again, these imaginary lines between sea and soil making us racist and protectionists.

I really hope my kids grow up in a place where its Earth vs Mars. That is what it has to take – we have to have a bigger “enemy” as human beings. We seem to need to compete and fight with each other, have an us vs them mentality. So until we have a bigger threat, a bigger group of people against this planet we call Earth, it will be America vs China, etc etc until then.

Can you deny that China and Asia are on the up and up? And you call me selfish for seeing an opportunity as a business person? Or am I bound to live in the city, the block I was born in. I even see people getting upset at others for leaving Connecticut to move to Florida over taxes. Why is that weird?

Back from Thailand – Government Protesters Freaked me Out