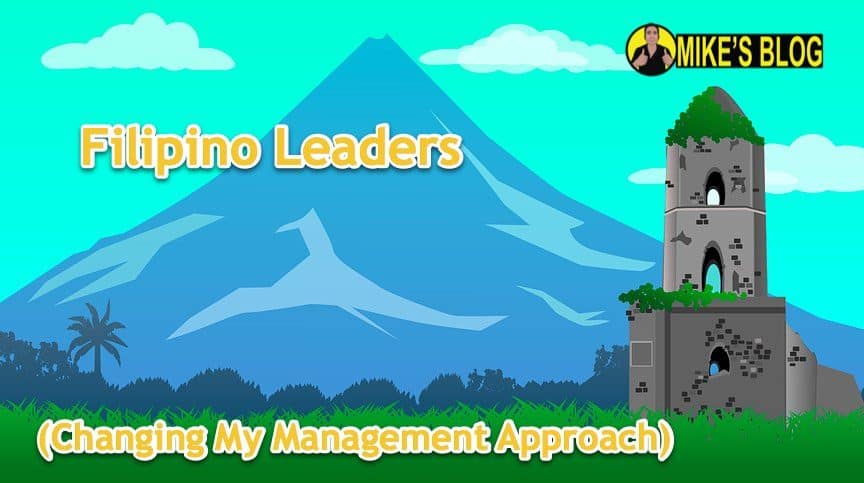 Changing my Approach to Working With My Team in Philippines

It has been quite a ride in 2019 and we are half way through. One thing I am thinking about deeply is how I am managing the team.

Some people on the team (those brave enough maybe) have given me critical feedback I have been micro-managing. Maybe that is because everything has been drastically changing around me. And I am just making sure we re-align correctly.

The last week we added a few new people to the team (I know,, hiring too much, I just see so much ability in people I wish I could hire / give opportunity to everyone who wants to make a better life for themselves – the theme of this blog actually) but I have changed the way I approach them when they join the team.

I am working hard on aligning them to the long term benefit of the company / their department’s performance.

For example, we added an amazing entrepreneur to the team – Ara. She applied to our post on content writing and said she has been running her own Etsy and Shopify site since 2012 and has done basically every part of an ecommerce business herself. Now, that is awesome! Although at the same time I can honestly say to myself I’m nervous to hire someone who has their own business, as they may take the skills and resources they learned working in the company and apply it to their own business and later leave (my Chinese business friends are jumping up and down right now on some calls saying that is exactly what will happen) – but I’m taking a chance her. Instead of hiring her for the content writing post – I offered her to help me with the Amazon FBA Seller Central work. While she hasn’t done Amazon before, if she is really operating an Etsy and Shopify store for 7 years or so – then those skills can mostly be applied to Amazon. And she’s on a base compensation which she accepted without bargaining and I think is looking at the longer term opportunity – as I am t trying to make some KPI and concepts where she is receiving bonus / commission / even equity in the business instead of simply a fixed salary. In only the first week working here – I have been so impressed at her ability and independent work of finding gaps in the workflows, and smoothing things out, it is almost scary and hard for me to believe. Thank you Ara and if this is how it will work long term – amazing things will happen.

The other person joining the team is April. She also applied for the content writing job post, but I saw a different ability in her. She had experience in event management, and working closely with business “influencers” (that word still is strange for me to say) on sales and business development. We ahve the Cross Border Summit coming up now (in 4 months) and I told her while the job position is filled (will talk about the actual writer we did hire next) – I see her more suitable in a different job – well kind of created a job – as Business Development / Event Manager of Cross Border Summit and the other Global From Asia media department. Here’s the crazy thing – she has a goal to do business with China in products/ trading and wants to learn how to do it. WELL – that is like the best chance for her to learn it, right? I mean only a handful of other companies I can think of could give her the access / connections / exposure to China / Asia ecommerce and product trading. So – basically – April and I are both really excited about the opportunity. She’s on a base but more aligned as well on the success of the event and other GFA business.

I also sent her a Slack privately and said – if she really keeps up what she has been doing this week, this business will change and amazing things will happen. She didn’t reply to it but did the “reaction” of a double hands up. Guess that means she’s on board – I keep joking over the last few days of on boarding / training calls- if you’re still not quitting after the overload of information, then this is a positive sign.

And the third hire is the actual content writer for the job post I put up – Agnes. I see big potential in her – but right now on a per article basis. Considering more projects – maybe social media marketing. Still need to develop more talks with her.

Kind of ironic – the job post for writing articles and the big outcome is an ecommerce manager and business development manager for totally different departments.

My loving wife hears these stories at the dinner table and reminds me of my excitement I always have on new additions to the team. Keeping me “grounded” she says it is only the first week and I can’t get too excited. But I do have to say, I have been working with teams online for almost a decade now (well a mix of office and online) starting in 2009 with an online worker – and like anything in life – the more you do it, the better you get.

I do feel I am better at “reading people” in the resume / job application / and onboarding process. While I am trying not to get my hopes up too much – I do feel really excited.

I also wonder what is different?

I think it is me. I am letting go more. I am trying to empower and give access to all the information and the department. Plus I’m trying to be more clear on what the job is. What the expectations are. What the target is.

Those who have followed this blog over the decade plus of posts – I have said “I’m not a business man” and more an artist, creator, connector.

I had attempted at a scholarship fund in the Philippines. (unfortunately the first scholarship didn’t work out too well)

Maybe I need to put all of that together.

I have had (generally) amazing experience working with Filipinos. During a training call with Ara and JM last week, both Filipinos, they said Filipinos are very loyal once a relationship and trust is established. I believe that too.

I’ve tried / I am trying / I am helping Filipinos by employing them, did attempt to give one a scholarship – but here is my newer idea (very very early stage) –

In a way that is what I am doing with Ara and April. While they are on a employment relationship, I want to try to convert that into a business relationship.

Although I have even tried it in Philippines and it didn’t work out (the content writing department). I think the difference was the person I found online already had her own team of writers, and when I made a joint venture, structure with her, maybe it wasn’t fully clear / or sales weren’t enough and later she built out her own site and brand. No huge hard feelings, actually the job post for content writers was due to that JV falling through. So everything seems to work out for a reason.

The general summary from this post – I think in the year 2019 and the future – “outsourcing” isn’t the answer. People around the world can see everything, the prices of products, the prices of services offered online – and why can’t Filipinos, Indians, Chinese (well they’re already dominating Amazon FBA) just do it themselves.

The world is flat. So I will continue to evolve and try to make long term JV / investments / profit sharing with those on my team who are open for that. I think pure fixed salary is not going to be the future.

And the really cool goal is if I can take my network and community and use it as a platform to invest in people who have the will and drive. I think for Ecommerce Gladiator – I should have invested directly with an operator in Philippines. But I have a feeling this may be the future way it will be done, with investors and me.

Step by step. It is only the first week of the new style of team members. Which I want to call leaders.

Thanks for those on the team who woke me up to “micromanaging” -I think I just went really too far the other way – maybe it will offset and balance in the weeks to come.

JUST DO IT. Try new arrangements, keep an open mind don’t get discouraged when a deal doesn’t work out – as there are so many chances.

Not Gonna Be Good For China / Philippines Relations…..

True Passion – Sharing and Teaching People How to Earn a Living