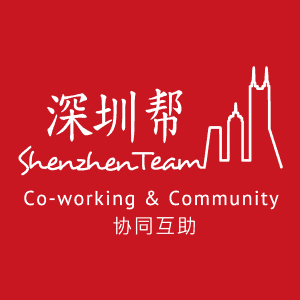 Life has been like a dream come true lately…..surely I am not making tons of cash, but I am enjoying what I do. And I know, or have learned, that in life the most important thing is to find what we love to do, and do it. Let the rest work itself out.

Spent a lot of time this week pushing people to come out for the launch party of the SZteam and many of my friends question if its really work….but I am a connector. and I enjoy it. And I want to grow this network even bigger.

Last night’s SZteam opening I believe all the hard work paid off. Also the other partners in the SZteam project, Gareth and Jun also did a great job getting friends to attend as well as prepare all the details like food and A/C

The event was from 7pm to 10pm last night, pasting details of event advertisement here:

We will debute this coworking space with a launch party (open house) on Thursday, July 21 from 7pm to 10pm. We will provide complimentary wine and tea and snacks!

The purpose of this event is to introduce the first coworking space in Shenzhen to the community, allow some business networking, and discuss future events and groups that can form inside this new SOHO community!

Where is it? South part of Nanshan High Tech Park. Take the Shenzhen Metro to stop Ke Yuan on the Shekou line – address is Nanjing Univ Research Center, block b, room 502, 深圳市南山区高新区南区粤兴三道6号南京大学深圳产学研基地大楼B区502号, come out of Exit D at Ke Yuan 科苑 metro and it’s the building on your left.

Venue Size: 258 square meter office at the 南京大学 building next to 科苑地铁站

Coworking is a new style of work involving a community-driven shared working environment bringing together creative open-minded people from different professions. Independent entrepreneurs, artists, software engineers, designers and writers come together to create a work place that encourages new ideas. Coworking also offers a solution to the problem of isolation that many freelancers experience while working from home, cafes or libraries.

To add more pressure on this big day’s event, I had to get to Dongguan from Hong Kong to get down to business with a lot to catch up on the fiveislands ecommerce warehouse. Quickly taking care of business there, I left right after lunch to get to Shenzhen to finalize details for the upcoming party.

To my surprize, fiveislands had delivered a welcoming flower basket (massive, look in the photos!) that made my heart skip a beat walking into the office to see it.

Running around to change, take care of last minute emergencies like getting fruits, explaining directions (over and over to people on the phone) and other urgent tasks that get me all riled up…I’m getting better at dealing with the stress of organizing events. 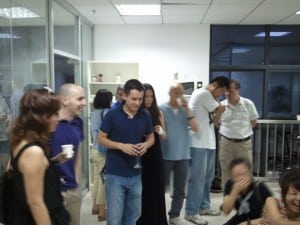 I think I’m not alone when organizing events…you know when it just gets to the opening time and you know most people will come late…..and get nervous not enough people will show up and you’ll “lose face”…..well right at 7pm we had my good friend David (aka digitalboy) from geekcook come in with his staff…and welcoming gifts from his company – an officially branded geekcook wall clock and namecard dispencer holders. sweet Duckia Chang my friend and photographer from shenzhen party came with a group of friends (waiting for her photos to post here).

And people just kept pouring in throughout the evening. As people left early, an equal or higher amount of new people came in. Extremely overwhelming for me. We had complimentary wine, crackers, fruit, and some cheese for attendees, so they were rewarded for making it. Little background music, and we used the glass we had bolted to the walls to explain and advertise the way we would charge for memberships (hot desks or fixed desks).

I was also really honored that so many of my friends from Hong Kong made it, Jon Buford the main founder of boot hk, Bill Liang, Larry Salibra (well he’s between HK and Guangzhou often, but was coming from HK), Andrew Leyden Tony Chan from apdealflow.com ,, and a few more I may have missed)

I was having a ball, it was my time to shine, enjoying mass-introducing people, my loyal assistant Amy Gu was trying her best to get people to sign in to the newsletter, passing out my namecard. Richard Li from 4px came with his wife and children, presenting me a welcoming gift of a mini-chinese tree for my desk.

One thing though, I didn’t get time to make a formal speech or announcement there. I was a bit overwhelmed, more people than I could have possibly expected, and no microphone…..didn’t want to try to shut everyone up.

There was an after party organized at the 1949 disco, one stop over at Coastal City, have an attendee, Raphael, organize some VIP tables for us.

Today people have been asking me how many signed up, honestly I didn’t expect there to be real signups at the event, thought it would take time for them to think about it, but people were putting down money and filling up the application form on the spot, reserving one and two month memberships. More and more people said how they are so happy to see something like this form in Shenzhen, and that Shenzhen is more of an entrepreneur city then Shanghai or Beijing by far.

ITS TRUE Shenzhen is the “melting pot” of China, people come here from all over China as well as the world to make a new life, its a city that is only 30 years old. There isn’t that “culture” and long history of family businesses in Shenzhen that exist in older Chinese cities…People have to learn to make business with people they just met, and give opportunities to everyone.

So stay tuned, I am excited this will be my new base to work from, being inspired by entrepreneurs around me like I had experienced in Hong Kong at boot all these months. 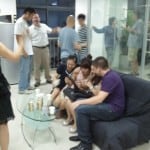 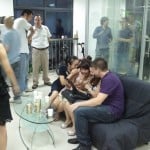 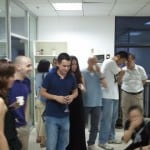 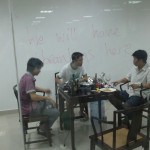 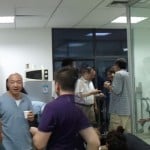 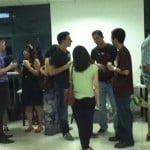 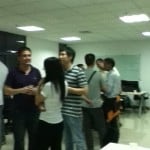 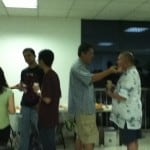 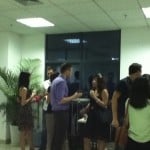 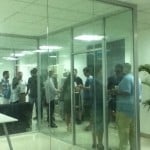 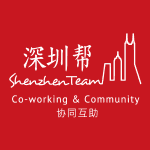 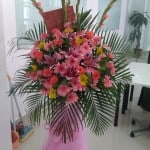 The China Dream May Not Be Over Yet…

Pushing it! 12 days til Chinaccelerator Demo Day in Beijing Oct 30