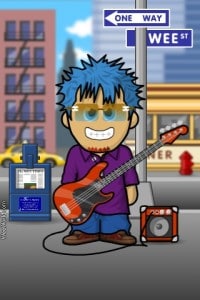 This has to be something we all think about when considering a startup, especially as technology and the internet continue to be the center of most startups. Over and over again, I get people coming to me asking for development companies to make their idea….and I have to kind of worry. Outsourcing scares me…its putting your money into the hands of something that isn’t yours and something you can’t directly control. It makes me think this is why America is failing now….because all the money and resources were sent overseas to Asia, like China, India, and the Philippines. You can’t deny that it was American money that funded these countries….which devalued the dollar, and lost the manufacturing, the jobs, and even the core competency BRAINS are going now.

I do not consider myself a programmer. I have the basic idea, I understand the language. Sure I have made websites and spent hours tweaking code to make things work. Maybe that is what a programmer is? A PATIENT person to keep on testing code and scripts and looking at help files and posting on forums. THAT IS DEFINITELY not me.

Some programmer friends say I should spend more time to learn programming….but I hate it. Really, I am a connector between business and technology, I switched my major at Stevens Tech from Computer Engineering to Engineering Management in my sophomore year BECAUSE I hated to do programming. I spent summer 2000 at an internship Kozmo.com doing database programming….I was miserable at the work I was doing, but I loved the energy of the startup. This will probably sound racist, but whatever – the majority of the IT department in this New York city were Indians and Chinese. They were nice, I am still in contact with a few of them to this day, but it seemed strange to me, and they were not American born Indians or Chinese, they were immmigrants on F1 Visas or whatever. Why weren’t any Americans there in the IT and programming department?

So after that summer programming internship, where I dreaded debugging PL/SQL database trigger scripts each day, I switched my major to Engineering Management. I remember the comments I got from my IT friends at school. “don’t take the easy way out”, “EM is not a real degree”, and other comments like this. But at the same time, the smaller class of EM majors told me, let those techie nerds say what they want, but they can’t do what we do. The EM majors were the sales and marketing people, forget even about the course load, just clearly could see in a school function…..the EM majors were outgoing and natural charismatic personalities. And its always kind of been this love/hate relationship of IT managers and the actual IT workers. But I am noticing many excellent programmer SUCK at managing a project. They even prefer to stay in a lower position if they don’t have to manage a team. It’s a completely different skill all together.

Then we have link Mark Zuckerburg, and the facebook movie the Social network all over the news, who is an excellent programmer himself. And then people talk about Google too. So I am constantly in sometimes heated conversations with my fellow entrepreneur friends, and they use these as case studies that you have to be a techie yourself in order to lead a successful IT startup. Or have a programmer partner. Maybe they are right about the partner part, but if you watch the social network movie, doesn’t seem like those business partners were well treated as the facebook business grew, right?

Anyway, I am writing this rather emotional post based on some recent heated conversations I’ve had with programmer friends here. As the world gets more and more flat will there be less of a need for marketers and sales people? By saying that technology will be able to naturally market the “best” product and weed out the rest. Obviously I would not like to agree with this, as I feel I am mainly a connector and a marketer, but bias aside, I really think the world is going to NEED NATURAL HUMAN BEINGS to market and sell technical products, as well as lead them into the marketplace.

Pic is something i bought off fiverr of a cartoon of me, seems like a programmer nerd, right? hah!

Back in Hong Kong, Hasan Visiting From Pakistan

Delay No More! Executing, implementing for my startup!