Spending my July 4th in China. Last year this time I was visiting USA for about a month. So this will be the first July 4th spent in China for me. Its a bit strange, as I have to remind staff and friends that its even some kind of a holiday! So I decided to write a blog about what it is, and what it represents. Help represent US of A while I’m here in big China! 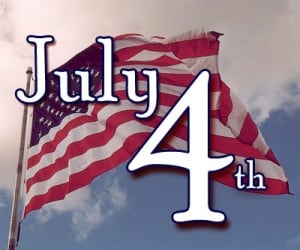 For Those of Those Who Don’t Know…
Its pretty amazing to think that I am only surrounded by a handful of people who even know what July 4th is!!!! Again, it makes me widen my thought process, and yea, people outside of America really dont know about all of our holidays! Go figure!

Here is a quick excerpt below, but basically its when USA became free from Britain.

::::::::: After various changes to Jefferson’s original draft, a vote was taken late in the afternoon of July 4th. Of the 13 colonies, 9 voted in favor of the Declaration; 2, Pennsylvania and South Carolina voted No; Delaware was undecided and New York abstained.

John Hancock, President of the Continental Congress, was the first to sign the Declaration of Independence. It is said that he signed his name “with a great flourish” so “King George can read that without spectacles!”

The task begun on July 4, the signing of the Declaration of Independence, was not actually completed until August. Nonetheless, the 4th of July has been accepted as the official anniversary of United States independence from Britain.

It also represents a time when most cities have fireworks displays. If you are outside of the cities and suburbs, then you will probably have to shoot them yourself in your big backyard. I did that one 4th of July in Vermont with my cousins. Can be a bit dangerous. 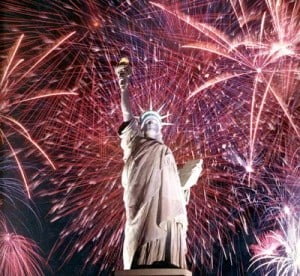 Often you hear stories about kids who lose fingers shooting fireworks on the 4th. Maybe they just say that to scare us from blowing stuff up.

Also, BBQ and camping is common on July 4th. Since it is the middle of the summer in USA, people are usually on family camps by beaches or lakes. There are family gatherings and BBQ (grilling) of steaks, hot dogs, and hamburgers. I also think about the lawn chairs, beers, and music.

Conclusions from My USA Roadtrip

Welcome Back To NEW YORK CITY!!