Trying to change my perspective, and noting what others have said, i would have to discuss the fact that in asia, white guys have been flagged as scary, or even barbarians.
Well, if you back to “white” people, it goes to europe – an area that was in countless wars between its own countries and invading other lands.
“americans” today are really mainly descendants from europe, after overtaking “native american” land and settling there. 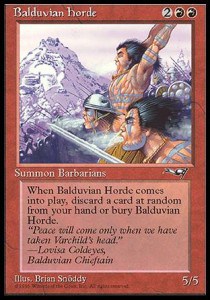 Seems normally in history it was europe or “white” people exploring other foreign lands, looking to expand its empire, add to its sources of natural resources, deploy its language as an official country language, and grow its name throughtout the world.
Now, that is great and dandy, depending on which side of the coin you are on – as the white / european citizen in your home – great, we are helping a poor country, improving its chances of higher education, investing into its infrastructure system…..
Maybe, from the “under developed” country, you were already happy with your life and your country, you didn’t ask these “white guys” to come over and “help”
Of course, i give to extreme sides, there are many perspectives and reasons one country settles to another….
Something to keep in mind – a more developed country consumes more natural resources – forcing the leadership and government of that country unto pressure to provide its people with OIL, grain, wood, metal, etc – so….one would tend to make assumptions why one country approaches another.
Ok, enough of the boring history stuff – TODAY – white guys are still scary because, the majority of those traveling are aggressive / adventurous – have to be to leave a home country.
Also, when i traveled to the phillippines, the girls tell me they are intimidated by white guys….and then i looked around at the majority of white guys – middle to older age war veterans from an army base that since moved out. Mostly overweight, long pony tails or bald, tattoos, – all single and looking to mingle….
If i were a filipina girl….i would be scared of white guys too!!!
The other night listening to music with dswei, i had some of my….agressive + “motivational” hip hop american music. One specifically was about a nightclub bouncer staying “ya’ll ain’t f_____king getting into the club tonight, ill show you _____ a riot (slams door)”…
To me, that is funny, and almost somewhat normal in new york (usa is pretty big, so cannot speak for the whole country), but to a chinese person – that is crazy and rude, and unheard of.
EVEN the other day, i wanted to visit a company, so i just go and knock on the door to see if the boss is available – my chinese colleagues said i shouldn’t do that because i would be seen as “crazy”
just another reason that the “white” culture is usually more upfront, aggressive, and direct.
Plus, traveling – exploring and approaching, does force the person / culture to become more like this.

Just some ideas…..now, when i look in the mirror at my white skin, i scare my own self….hahah

How Does Mike Make Money?

Amazing #DCBKK Bangkok: Time to Step up My Game – Turn Pressure into Action!

Welcome Valery To the Team, Welcome Her to Hong Kong !

Hosted a Panel on Ecommerce in Thailand @ Neat Entrepreneur Meetup