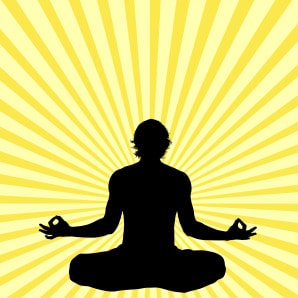 My whole life, I have had different forms of negative people and negative energy around me, I think we all have.

I am going to go through a few I can remember

1) Freshman year of high school – running for class president – As in previous posts, I reluctantly went to a small catholic high school rather then the public school all my friends went to. It was to my parent’s request, as they thought it was OK to go to inner city public school for K-8 (elementary) but in high school, I would magically become some drug dealer or con-artist….so i went to a catholic school about 20 minutes drive from my home. I knew nobody! But the first couple weeks, there was upcoming class president elections, and I wanted to run for it.

I remember the people in my homeroom (morning room where they take attendance) telling me, “no one knows who you are, you’re gonna lose”, or “Lindsay [I think that was her name] is the most popular girl in our class, and her big brother is also popular, she’s definitely going to win, you are stupid to try”. And it would carry on like this in between classes and in the cafeteria. But I still ran, I still did my speech, printed my posters to hang up on the walls. I found some allies who helped promote me.

You know what? An EXACT TIE for freshman class president, the teachers couldn’t believe it. They counted it over and over, but an exact 50/50 ties. So her and I were co-presidents that year. And the funniest thing of all, was her family moved away half way through the year and I became full class president.

I ran every year, and won every year. There were some years people would write slanderous remarks on my posters, calling me names, or making jokes. Sure, it annoyed me, but I kept going on, and I kept winning each year’s elections.

LESSON – I guess my feeling from that is, sure there will always be some people who don’t like you, and want to see you lose, but as long as there are more people that support

2) I was working at Price Rite grocery store in high school, and a coworker in my department, Derric, had a crush on a cashier, Tonya. I had no interest in her at all, but she was attracted to me. He was heavily pursuing her, and some kind of gossip got around about a he-said she-said story and Derric ran up into my face in the back of the grocery store. He wanted to fight me, right there, right now – in the FREEZER room….I tell him to calm down and let me talk, but he runs full on at me. So what do I do? I walk out of his path and push him head first into the freezer wall. I used his energy against him and knocked some sense into him. Luckily I avoided him from crashing into the external electricity outlet, which was really close to his head when he crashed. But really…..he put ALL HIS RAGE and negative energy towards me, and I didn’t have to do much more then move out of his way quickly. Used his energy against him. Finally he realized what the real situation and story was with this crazy girl, and we were good friends soon again. Saw him off for his time served with the US Navy.

Lesson learned, if you have some enraged guy running at you not listening, get out of his way!

3) Negative comments on this blog! I think it has only been 1 person, with 2 different aliases, but it is starting to get a little annoying. I wonder what it takes for a person to put enough time and energy to pass negative feeling to another. What is the purpose, the goal, the feeling this person has in mind? Sure, I can filter and delete these people’s comments….but it just blows my mind that people spend time doing this in the first place! BUT IT MOTIVATES ME! It pushes me to be smarter, faster, stronger – both personally and professionally. And I cannot be everyone’s friend. no matter how hard I try, there will always be someone who doesn’t agree with my perspective or views, and the stronger I become one way or another in life, the stronger friends…..and….people who don’t.

Lesson learned – you can’t be everyone’s friend. And you can’t please everyone, or else you will please no one!

But you know what……I think it is motivating to me – to have people pushing me. To prove them WRONG. I think that is what inspires many people, those who doubt us, is what keeps us fighting to get to the top!

in HK heading to Amsterdam