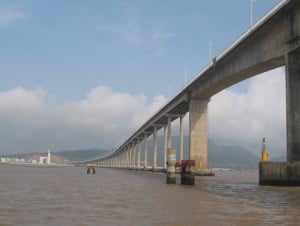 I remember my first trip to Hong Kong, in October 2007. I had come to go to the globalsources trade show, see products, meet people I had been chatting to online for years, and see whats its like to do business in China. I was amazed at the city….more advanced then New York….and just as expensive!

I quickly learned that the factories I was buying from were in Shenzhen, China. And I had contacted some of them before I left, just wasn’t sure how long to stay in Hong Kong and when to take the bus over to Shenzhen.

My friends Cyril and Tom from ATC distribution were Hong Kong born and raised, and I met them during my studies at Stevens Tech. They warned me how dangerous it is to go to Shenzhen….Cyril’s father, Henry, also laughed that a white guy would enter Shenzhen. They have a factory there, so during the next trip over I came along.

During the drive, we would see dogs running around on the street. They would tell me “you know what these dogs are”? I said sure just stray dogs. But it was a joke, saying that when the Shenzhen people get hungry, they will eat the stray dogs. They also told me a story not to go to the bars, or if I do go to the bars, not to leave my drink unattended…..because I will black out and wake up in a bathtub of blood with my kidney’s ripped out (to be sold on the black market). The last story I can remember them telling me was a Hong Kong guy who was traveling in Shenzhen and got really sick, so he had to visit the Shenzhen hospital but died because they mis-diagnosed the medicine or treatment.

Sure, maybe these stories really happened….but even to this day, when I tell Hong Kong people I lived in Shenzhen for 3 years, they are amazed. How can I survive? How is it possible?

So with that background, and only after not even 2 full weeks in Hong Kong, I am having both Shenzhen side and Hong Kong side connections coming to me to connect the other…..

In Hong Kong, I am more approached for finding a factory source in Shenzhen or in China. Sometimes also its an inquiry for a project that is based in Shenzhen, and the Hong Kong person or company doesn’t want to travel “that far” into mainland China – or Shenzhen.

On the Shenzhen side, there are many people who want to learn how to live in Hong Kong. Or how to travel in more. I am having my Dongguan friend come to Hong Kong with me this Thursday to take him shopping and show him around for a day. Many many mainland people wish to get the “freedom” feeling in Hong Kong, and feel more “first world” and that breath of fresh air.

Because I am in the internet industry, and I have been attending the boot hk co working space and I know many people in Shenzhen and in China are interested in networking more with startups, entrepreneurs, investors….we had a successful turnout for the shenzhen ecommerce meetup that has spawned the effort to hold them the first saturday afternoon of each month and built a quick website shenzhen marketing and its getting more and more word of mouth viral. I just love connecting people and networking….monetizing it to make it worthwhile is the hard part….but I have other projects making money so I can “get by” now, and I believe this is a valuable, long term investment to have such a connected, strong network.