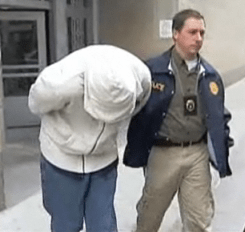 Its sad in a way, that the illegal business is what always makes the highest profit. Maybe that is also why it does, because its the highest risk (therefore highest reward).

Last week the NY times ran an article about a Brooklyn, NY merchant selling eyewear starting using customer’s negative reviews for his benefit on Google (SEO) to rank at the top.

Being that this is right in my daily life- doing SEO and ecommerce in USA, many of my friends sent it over to me last week.

I was going to blog about it, because it was pretty funny, but had a lot of other things to write about. I sent it over to my contacts at Merchant Solutions, LLC asking them if this was really possible? As they underwrite merchant accounts (what accepts customer’s money via credit cards) they always warn me about chargebacks and fraudulent orders in the ecommerce world. Selling online is still difficult….buyer and seller don’t really know each other, and there is that unknown if:

a) the buyer is legit – maybe its a stolen credit card? Maybe its a buyer who is purposely going to say he/she didn’t get it to get their money back or another free product

b) the seller will not send goods – maybe the merchant will send the wrong goods, a knockoff, send it late. Not send it at all.

Amazing this guy was STUPID enough to do an interview with the New York Times. My friend Erik said it this way:

Take home lesson #2: However, in pursuit of those negative comments, don’t threaten people with violence or commit outright fraud.

Take home lesson #3 (and main lesson):
If you are going to wear the black hat, then keep your mouth shut.

As now Vitaly Borker is arrested for this and his name will be blacklisted from all kinds of financial institutions and it will be hard for him to do business on the internet in USA again…..

All kinds of things like this have been around, tactics to inflate your rankings on google and other search engines, or to get more sales. Selling fake products in China has been another.

But also selling fake products from China has been harder these past couple years. I have heard Chinese sellers complaining google adwords shut down their account. ebay is after them. Now even in the google rankings, Google is taking out websites it finds or has been told by authorities is selling fake products. Taking domain names from domain holders for misspellings or variations of registered US trademarks.

And for some reason, Chinese friends of mine think its because America is upset at China they are now blocking all these counterfeit selling sites and taking these domains. COME ON! Really?!? It was only a matter of time, I always told these guys.

And seems now leaving fake reviews is next on the attention list by search engines and authorities. The system will recognize which pages are saying good things about a store or website, and which are saying bad things. And then there is the overall brand – if you google search a webname, and see all kinds of bad reviews….that may be a 2nd search after a first search:

2) Second search – check up on the domain names, see what others are saying.

Sure, then you may get your site to rank number 1 for the actual product, but as internet shoppers get smarter (And more idiots like this guy go around saying Google puts his scam site on the top), the more people will research the website before putting in their credit card.

Overall this is good, but reading in search engine land article – The Decor My Eyes Fiasco & Local Reviews Tactics, the main idea being:

What should we make of it all, though, now that Google subsequently stated that they’d adjusted their algorithms to penalize evil merchants like Decor My Eyes? I really wish Google had not made a public statement about the issue at all, because they not only rewarded Decor My Eyes a bit by validating that his stratagem had indeed been working, but now many other unethical businessmen must be imagining that they could post false reviews to damage their competition in the rankings!

NOW – competitors can leave negative reviews on other people’s sites without making purchases (or even if they do make a small purchase) to DESTROY their competitor’s RANKINGS – not only rating on the site.

Sure, the system will be for reviewers who look REAL, have reputation, have score in social media, lots of friends or followers.

But what happens when those PEOPLE use it for profit.

Anyway, this really hits me home, because constantly as an internet marketer and ecommerce seller, I am always tempted and pushed by others to do things to make extra money. Its hard to say no, but the consequences if you are caught makes it easier, and seeing this today is good for all of us to think about.

What Will Happen When The World Is Flat?

6 Months Before I’m a Father, Again Reinventing Myself