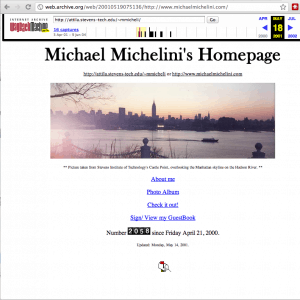 Seriously…anyone that knows me knows I’m a social media addict. When I started this blog in March 2007 the concept of Social Media as an industry and lifestyle didn’t really exist. While it wasn’t blogging, I first put this website online in April, 2000 – being ridiculed by my college fraternity brothers for having my own name as a website…. regrettably being embarrassed enough to take the website offline in a year (seriously, they were printing pictures from my website and posting them all over the fraternity house w/ crazy (but funny) slogans underneath).

I was just a bit too early in the year 2000 to be recognized as a social media guy…it did’t exist. Dang do I wish I kept it online since 2000 – but alas, blogging actively since early 2007 has been great. Met so many people, connected with so many people. Its truly priceless.

Dealing with Social Media while in China

And being in China as a social media guy, its been rough, with Facebook, twitter, and basically any other foreign social media channels blocked inside of the Chinese internet realm!

But being a social media guy in China, as a foreigner, it has also been an advantage. For many reasons, but one that sticks out the most –> NO ONE ELSE HAS BEEN ABLE TO PUT UP WITH IT! (Heck, I thought I left China in 2010…) With all the foreign internet companies basically non-existent in China, most of my Social media buddies cannot stand being in China. Most foreigners who stay in China are not internet fans – most are into English teaching, or traditional business such as import / export (trading), manufacturing, or even e-commerce (which is basically a form of trading).

It was what brought me back to China in late 2010, was the fact that there weren’t a lot of people with my experience. And that is what differentiated me. But I was still thinking…is this SEO, is this e-commerce, is this Social Media. Is this being a foreigner who can help Chines sell. Its been ongoing development and exploring. But its all been centralized on being open, being a blogger, being into social media.

And while being in China, I have gotten into Chinese social media, having an actively updated weibo – @michelini connecting with the Chinese community, learning what they want. Community, connecting…sounds like social media to me!

So, so…SOOO many of my friends do not understand why I spend so much time on social networks. I think as people get older, they think the new things are for kids. Like IM was for kids, but now skype is more common for me than a phone call. Social media is not just sharing photos of last weekend’s party photos…. it is about building an audience and connecting to that audience.

Learning what people want. And giving it to them. A form of inbound marketing.

Some of the real-life cases that have helped me in life, due to social media:

There are so many more cases, I can go on forever….but you get the point. I do this hyperactively all day, connecting with people.

My Career in Social Media

Nik said the other day, I do social media as if its my job! Well, it has been, saying I’m a social media consultant there and here in 2010…but have not standardized how to do it. especially in China – where I’m seen as a “foreigner who can sell” and is only offered commission on sales….I can’t make a living off that. And its not fair!

Social Media training in the local South China area has helped out a lot. Bringing exposure and getting cashflow.

And recently have been doing more and more Chinese social media for western companies coming into the China market. Or even doing social media in China for foreign brands that are attracting them to their home country for tourism!

Finding one’s niche takes a long time sometimes, especially when in a foreign country. Think this is the right niche for me, and am happier then ever.

focus! but be happy.

Are Social Media People Just a Bunch of Nerds?

Twitter Threads are a new feature update that is coming soon