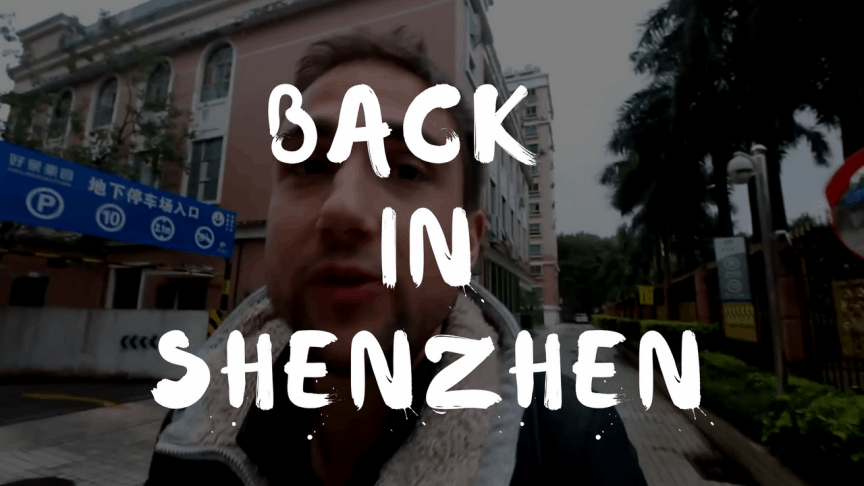 Good to Be Back With The Fam in China, Preparing for USA Trip

Sometimes you need to be away a while to realize what you have.

Back in Shenzhen! Over a week on the road, a bit of Hong Kong and then Philippines. Meeting a ton of people, seeing a ton of different environments yet it feels good to be back home. A lot of times we get caught up with our daily normal lives and forget to pay attention to the nice things we have.

It takes stepping out of that daily routine and “missing it” in order to have it become highlighted.

I’ll be spending almost a whole month in America with the family – so this was a week of time away. Building up for that big trip.

I wonder how you deal with being away from home?  I remember the first time I went to Stevens Tech in Hoboken, New Jersey for college. My dad drove me down from Connecticut in the Chevy S-10 I had and helped me move my things into the dorm room.

At that time, it was 1999 and I did have a cell phone – but it was roaming between states! Remember roaming?! So I didn’t want to use it too much to keep the phone bill down. I felt a bit alone.

My roommate Tony was there watching a movie on his laptop. We chatted a bit, both in the soccer team. Saw various parents and fellow freshmen classmates moving into the dormitory.

That was when I had to become a “man”. An independent person. Along with many others in that college dorm. We had to work on studies, and also build relationships.

How did it feel for you when you first moved out from home?

And then how did it feel when you took your first trip back home after being away?

Maybe that is the weird feeling I am having now as I prepare to go back to America. To see my family after so many years – only to know I will be leaving again shortly.

So I have to prepare myself for leaving again even before I arrive.

What is the way you deal with preparing to leave a close family member or friend? Sure, I know it isn’t leaving – but it is seeing someone and then shortly departing again.

Priorities: Back In Time For Son’s Birthday

Reliving My Old Childhood as I Raise My Kid