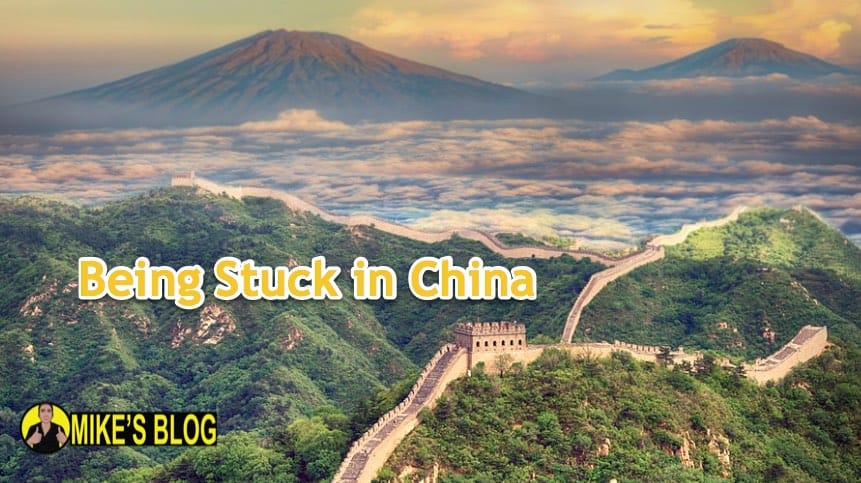 Imagine Not being able to leave China?

So today I’m sharing the opposite issue of what I have been through and noticing – instead of the trend of foreigners leaving China – today we have a friend who can’t leave!

John Graham, a friend and expat in Shenzhen. I’ve talked about his amazing projects on the blog before like the White Collar Fight night (and again here – Are You A Lover Or a Fighter? video)

I was also a customer of one of his gym’s in Futian a few years ago. I remember the story of them selling it. I can only imagine how expensive it must be to operate a gym – especially in the rapidly rising cost of living city like Shenzhen!

Well, he sold it (or thought he did) – only to find out years later the contract / deal the Chinese buyer (a customer of the gym from what I understand) stated the 200,000 rmb or so he gave John was not a buyout price, but instead a LOAN that needed to be paid back.

So what does that mean? The “buyer” later sued John in court for not being repaid on the 200,000 RMB loan. John didn’t get a notice (how does a court find a foreigner in China, where does our mail go?)

How did he find out he got sued in Chinese court for failure to repay a loan?

Imagine something like this – you’re planning a trip to Hong Kong, maybe you have a flight to catch somewhere. So you are hopping across at the Shenzhen border (FYI I have a massive guide on the Hong Kong / Shenzhen border here) and then the immigration officer says you are blacklisted.

I’m curious what kind of visa John is on? Unlimited China visa? Basically, he has to settle this court case by paying the fine / loan back, or getting it reversed. I will interview him soon on the Global From Asia podcast, also Winston, SerpentZA, got him on his youtube channel. John is trying to raise awareness, and donations, to get him out of China.

So – this is a warning – you gotta think twice when signing contracts especially in China and in Chinese. I’ll dig more into this on the podcast – but hope we are all more aware.

Here’s John Letter and Link To Help Support The Cause

My name is John Graham Harper

I’m an Australian living in Shenzhen China, I’m writing you to ask for your support for my campaign. I am blacklisted in China and barred from leaving the country! I need help to raise funding and awareness for this situation.
I was tricked by a local scam-artist who put a case in court against me. The court here in China greatly favors Chinese and foreigners often have no choice but to pay.
I was also not informed of the case when it was filed against me so, the proceedings, hearing and verdict all happened without my knowledge and I was declared guilty! Ive been put on a BLACKLIST, which means I can’t leave China, unless I pay the money sued for which amounts to 223,841rmb, approx. 35,000 US.
It’s not within my capability to pay that, I have done nothing wrong and was taken advantage of cause as an expat I wasn’t aware of the court proceedings and process. This is very wrong and I want to share this experience with the public to raise awareness so expats become educated and can be careful not to get caught in a situation like this if in China, coming to China or are doing business in China.
I am raising money on GoGetFunding to get off the BLACKLIST, if you are able to shine a light on this situation in any way possible I would greatly appreciate it. There are many aspects to this story and if you can take it on we can highlight a specific aspect that suits your reader community.
Here is the link –
https://gogetfunding.com/being-wrongfully-sued-in-china/
I’ve heard from a friends’ uncle who is in the police department that a mafia gang in South China, specifically target expats to trick in court cause they know that the court will favor Chinese. This is a very real problem here in China, especially in these large fast-developing cities.
Details of my case files and BLACKLIST listing I can send if needed.
I am starting a PodCast and YouTube channel to help as well raise awareness for this situation in China and will have many lawyers’ interviews and stories of other expats and Chinese who have had similar cases happen to them and what they learned and advice.
https://www.youtube.com/user/johngrahamfitness/
I want to thank you in advance for helping me in any way for this case.
If you need more information please don’t hesitate to write back and tell me,

Ready to Rock in Beijing!

Visit to a China Hospital