Its something that I am constantly battling….how to align people to do work they like to do, and to do work that I need to get done for a project or company….I do find myself PUSHING a lot….as I have little patience and I know what has to be done, but want others to know/learn how to do it quickly for themselves.. 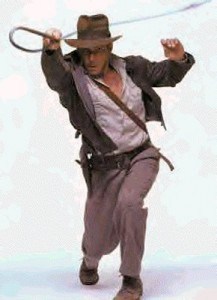 then I sit back and think – you cannot be a SLAVEDRIVER (in USA, the word slavedriver is now slang for someone who pushes/ harrasses other people to get the job done….constantly on top of them nagging them along…..obviously this word has NEGATIVE connotations…as it was the “master” or boss or owner of human slaves, and this slavedriver normally was not a nice guy to his slaves….known to whip them if they did not work fast or effectively.)

I have been known as this “slavedriver” to friends and family for as long as I can remember. Growing up at home, I always pushed my parents and sister to get out of the house to go shopping, or go on a trip. It always takes a push to get people out and about I think. I remember everyone always waiting for someone else to start to initiate movement or change. I like to be the person who pushes things along. My friends in my analyst program at Deutsche bank busted on me because when we took a weekend trip to Amersterdam during our trainining program in London…I was always pushing everyone to wake up early. Made the plan to see different museums. Just have to keep on top of people – we only had friday night to sunday afternoon….needed to get the most out of it!

I am getting this feeling especially lately, so many different types of skills required…..there isn’t 1 person who can do all of these tasks, and the tasks aren’t full time opportunities. So I am going through tons of freelancers…which is a whole different type of management style to deal with.

Its also a cultural difference….as I am dealing with people all over the world, and being in China for almost 3 years now, I have learned that you cannot be as open and as “general specifications” as when dealing with americans. I originally in China, as an American, am used to giving a GENERAL project THEME. Even if I have the exact outcome in my mind – I would hold back and allow the worker to make their own general decisions. THAT IS COMPLETELY WRONG WAY TO DO, in China / Eastern Asian culture. As a boss, you have to clearly tell the worker what they need to do, how they need to do it, how much time they have to do it….and be ready to get asked tons of questions. Because the traditional Chinese worker is terrified to make a mistake, for fear of getting fired or embarrassed in front of his/her colleagues.

Its also an age issue as well…..a second tier after culture is age. Younger Chinese people are more knowledgeable about USA and other western cultures and business practices. They are more open minded to trying new work formats – as they don’t have the prior exposure as the older Chinese generations have had. This is another thing to take into consideration…..

Its also a personality thing too – of course each person is different, but generally i think we should classify different people by their job role – programmer, sales, marketing, designer. GENERALLY people in each of these categories fits a specific criteria in which to be handled.

I like to be approachable by others, and I get many stories of people’s bad experiences in different work environments, recently I have this one to share:

A girl in a factory I deal with is a superstar – she has been working hard for many years, almost 6 years in this 1 factory – since graduating university. She lives in the factory dormitories, works 6 days a week maybe 10 hours a day. She says the factory owner “pushes away” the senior workers…..2 of the office workers senior to her have left over the past few months.. I guess they ask for a raise or bonus, and his idea is that the market rate is the market rate…and he would rather just hire a new fresh university student then to increase his pay. Of course, I am just some stupid white guy, I am not going to try to digest this deep Chinese culture in the work world…..it seems sad, but then again, I cannot communicate directly to the factory owner as his english isn’t so good, and he may not tell me the full story. I am sure she is making it a bit sided to her….but she says she is angry that she worked so hard for so many years, and the owner doesn’t care if she stays or goes. Not sure if this is a general way its done here, or a specific case, but it recently came to me and I thought I would share.

Who will have a better business, a factory owner who is so focused on the bottom line, and market rate of salary, or someone who can motivate staff to stay long term, but may pay higher then the market rate and pay some bonus. I would hope the 2nd….

What The Heck Am I Doing? Isn’t It Clear?