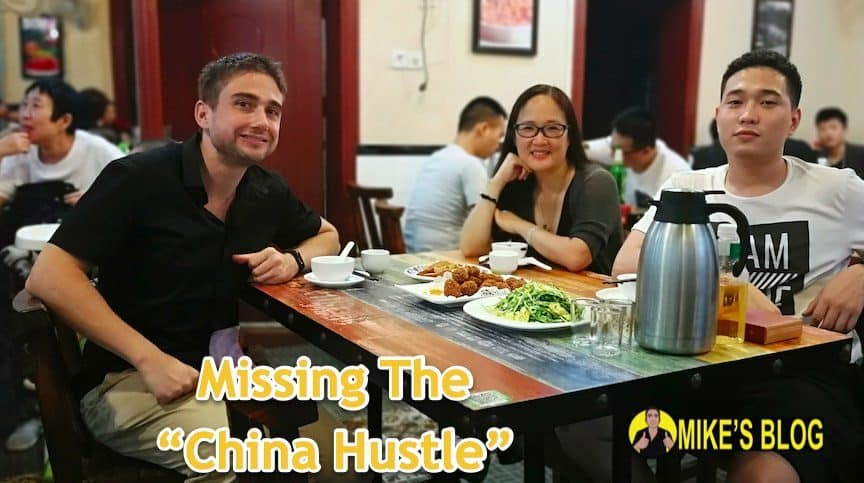 It is approaching a year since the family and I moved out of Shenzhen, China. There are of course the good, the bad, and the ugly in any city / country / state in the world – that is what makes life beautiful right?

Today, as I am on my second trip to China in less than a month, I have to admit, I miss a lot of it!

Those of you who just read the news headlines without ever being to China probably think I’m mentally retarded to say something like that, who would willingly want to live in China?

The draw for me was always business first, the reason this trade war is here is the reason I moved to China back in 2007 – to be closer to the source. I knew that America sold itself out by outsourcing everything overseas, and that all the technology and all the infrastructure would be in China, India, Southeast Asia – it was just a matter of time.

And it is so true still.

You can just get so much done (as long as you don’t need to open the outside internet, that is).

Markets are open morning til night.
Online deliveries come next day.
Businesses are still HUNGRY for sales and willing to wheel and deal to get your order.

I am not going to sit here and say China is perfect and everywhere else is lagging. But I don’t think anyone else would say there is a place that does business faster than in China.

Go to any Chinatown around the world, and you’ll get a similar vibe. The markets are alive. People are working morning til night. That vibe of money and commerce in the air – it is hard to beat.

Compare to my time in Chiang Mai, Thailand. Sure, I could have picked Bangkok (which is more and more attractive lately) for a faster paced life. But even in my business trips to Bangkok this year – the speed of doing business is nothing like China.

Another example, I visit a Chinese factory (one from my earlier days from 2007 to 2012 sourcing) and he is ready to do some Amazon deals with me. He wants to get his products on there, and is willing to spend some money and make it happen. Like, now. Get a price, let’s do this.

So much activity and deal flow.

But again, I’m not going to say I regret moving to Thailand. In life we should never regret – and even still – I am proud of the decision. My kids are speaking English so much better – I had to write a cheat sheet of Chinese keywords for my daughter’s teachers and teaching assistants as she was only speaking Chinese. Now they are having full conversations in English with their teachers and friends. I cannot imagine that being the case if I had remained in Shenzhen.

But for business, seriously China is still this beating heart of deals. Maybe this trade war will change that- but nothing will change the passion and hard work ethic of Chinese people. They are born entrepreneurs and hard workers who will do nothing but push and drive until they get what they want.

But in today’s society, I don’t think a government is able to stop a human beings passion to make a better life for themselves. Sure, they can make it harder, and put up digital and physical walls, but nothing will get in the way in the long term.

Door to door sales in China